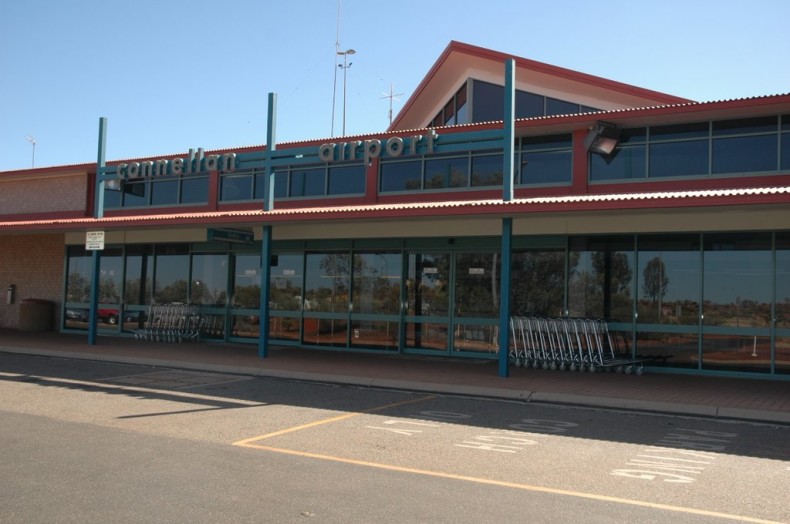 Ayers Rock Airport (also known as Connellan Airport) (IATA: AYQ, ICAO: YAYE) is situated near Yulara, around 463 km (288 mi) (5 hrs drive) away from Alice Springs, Northern Territory, and 20 minutes drive from Uluru (Ayers Rock) itself. An average of just under 300,000 passengers per year pass through Ayers Rock Connellan Airport in the middle of Australia.

Largest aircraft that Ayers Rock Connellan Airport caters for is Boeing 737-800s operated by Qantas and Virgin Australia. QantasLink operate a number of Boeing 717-200s in and out of the airport. Jetstar has announced that from 4 June 2013 they will operate flights to and from Sydney using Airbus A320 aircraft. The runway at Ayers Rock Connellan Airport is 2,599 m × 30 m (8,527 ft × 98 ft). It has a simple, single stage lighting system and T-VASIS.