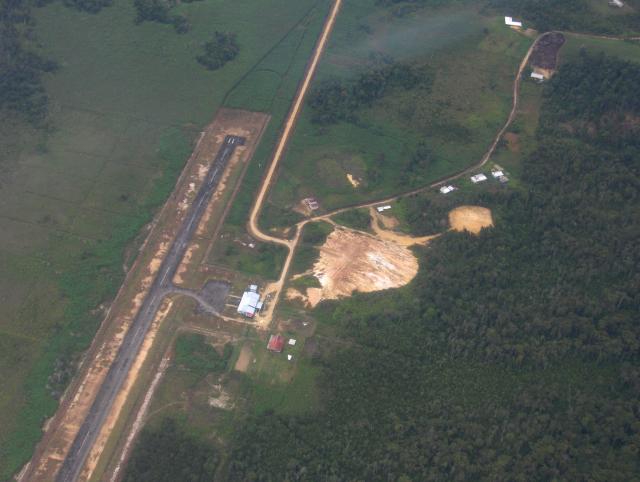 Bario Kelabit Airport (IATA: BBN, ICAO: WBGZ) is an airport in Bario, a town in the state of Sarawak in Malaysia. Bario Kelabit is a Malaysian village located in the centre of the Kelabit Highlands in the northeast of Sarawak, very close to the international border with Indonesian Kalimantan, and 3280 feet above sea level. It is the main settlement in the Kelabit Highlands. There are regular flights between Bario Airport and Ba’kelalan, Marudi and Miri. Sarawak is situated on the northwest of the island, bordering the Malaysian state of Sabah to the northeast, Indonesia to the south, and surrounding Brunei. It is the largest Malaysian state. Malaysia is a federal constitutional monarchy in Southeast Asia. It consists of thirteen states and three federal territories and has a total landmass of 329,847 square kilometres (127,350 sq mi) separated by the South China Sea into two similarly sized regions, Peninsular Malaysia and Malaysian Borneo. Land borders are shared with Thailand, Indonesia, and Brunei, and maritime borders exist with Singapore, Vietnam, and the Philippines. The capital city is Kuala Lumpur, while Putrajaya is the seat of the federal government. In 2010 the population was 28.33 million, with 22.6 million living on the Peninsula.

Details about this review
0 people like this
Airports, Asia
BarioMalaysiaSarawak

AirAsia Reviews
Be the first to comment!
Leave a reply »