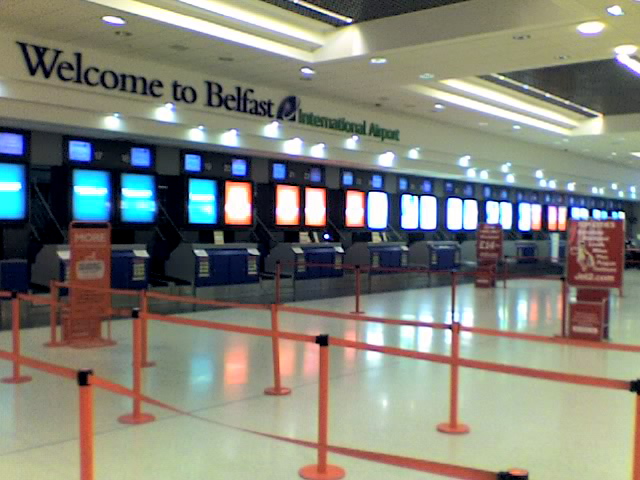 Belfast Airport was formerly known and is still referred to as Aldergrove Airport, after the nearby village of Aldergrove, which lies immediately to the west of the airport. The airfield was previously shared with the Royal Air Force base RAF Aldergrove, which closed in 2008; the base is now known as Joint Helicopter Command Flying Station, Aldergrove, and both runways are now owned by the airport.

Around 4.3 million passengers traveled through the airport in 2012, a 5.1% increase on 2011. Belfast International is the busiest airport in Northern Ireland and the second busiest airport on the island of Ireland in terms of passenger numbers after Dublin Airport, and is followed by Cork, Belfast-City and Shannon.

Belfast International Airport has a CAA Public Use Aerodrome Licence (Number P798) that allows flights for the public transport of passengers or for flying instruction. The Belfast Airport’s rather distant location compared to Belfast-City means that the airport operates 24 hours a day, 365 days a year.

Details about this review
0 people like this
Airports, Europe
AldergroveBelfastCounty AntrimIrelandNorthern Ireland

Ireland travel guide
Be the first to comment!
Leave a reply »