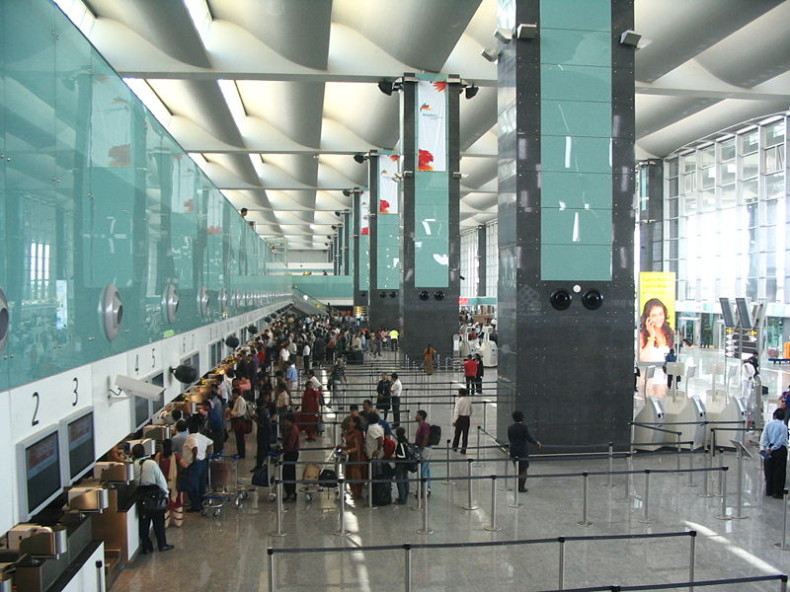 Kempegowda International Airport (IATA: BLR, ICAO: VOBL) is an international airport serving the Indian city of Bangalore. It is 4 kilometres (2.5 mi) south of Devanahalli and is 40 kilometres (25 mi) from the central business district of Bangalore, (30 kilometres (19 mi) from the Bangalore City Railway Station) and covers 5,130 acres (2,080 ha). It replaced the HAL airport. For the financial year 2011–12, it was the fourth busiest airport in the country in overall passenger traffic (12.69 million) and fifth busiest in international passenger traffic. It was awarded “India’s best airport” for the year 2011 by the survey conducted by Skytrax. Kempegowda International Airport handled about 12.6 million passengers and had air traffic movements (ATM) of about 330 per day in 2011.

The airport is expected to handle 18 million passengers in 2015. It is host to 10 domestic airlines and 21 international airlines connecting the city to about 50 destinations across India and rest of the world. It served as a hub for debt-ridden Kingfisher Airlines until 20 October 2012 and serves as a focus city for Jet Airways, JetLite, IndiGo, SpiceJet, and GoAir. Former Air Deccan also had its base at BIA.

Bengaluru Airport awards and honours are “The Routes Asia Airport Marketing Award”, “The Best Emerging Airport in Indian sub-continent”, It received a platinum certification from IATA in January 2010 for becoming “The first airport in India to be 100% Bar Coded Boarding Passes (BCBP) compliant” and “The Best Managed Airport in India.”

Details about this review
0 people like this
Airports, Asia
DevanahalliIndiaKarnataka

Agra Airport Reviews
Be the first to comment!
Leave a reply »