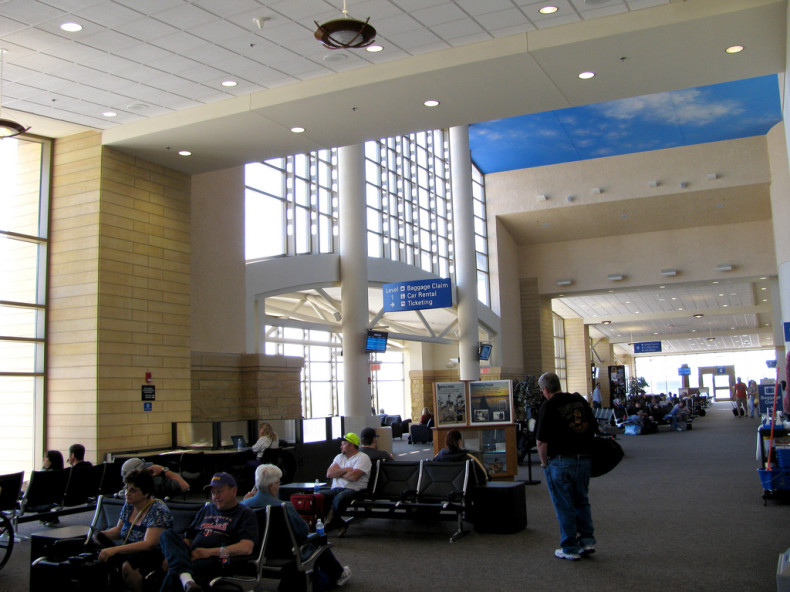 The Bismarck Airport is owned by the City of Bismarck and located three nautical miles (6 km) southeast of its central business district. It is included in the National Plan of Integrated Airport Systems for 2011–2015, which categorized it as a primary commercial service airport.

A new $15 million terminal designed by Tvenge Associates opened at the airport in May 2005. The previous terminal was in use for over 40 years with a two-story addition being built in 1982, and was demolished during the summer of 2005. A parking lot sits just south of the new Bismarck Airport terminal.

ATMs / Cash Machines – There are two ATMs: one near the baggage claim (landside) and the other on the 2nd floor near the gates (airside)
Business Kiosks: Desks for laptop users. Location: Boarding areas.
Car Rentals – Avis • Enterprise • Hertz.
Currency Exchange – not available
Food / Restaurants – At the time of this update there were no 24-hour food or beverage concessions available at the airport.
Games Room: Coin operated video and pin ball games.
Information Desk – info not available
Luggage Storage / Lockers – not available
North Dakota Aviation Hall of Fame – Location: Main Terminal, to the left of the Ticketing Area, landside.
Showers – not available
Internet: Free WiFi is available throughout Bismarck Airport.

Fargo Hector Airport Reviews
Be the first to comment!
Leave a reply »