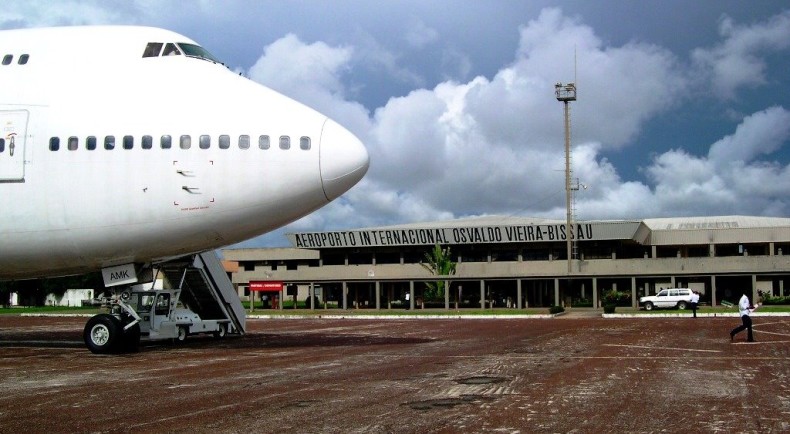 Bissau Osvaldo Vieira Airport also known as Osvaldo Vieira International Airport (IATA: OXB, ICAO: GGOV) is an airport that serves the city of Bissau, the capital city of Guinea-Bissau. It is the only international airport in the country. Previously known as Bissalanca, during the Guinea-Bissau War of Independence it was used as a base by the Portuguese Air Force.

The Osvaldo Vieira International Airport has one runway, heading 03/21, with a length of 10,498 feet (3200 m). The altitude of this runway is 127 feet (39 m). This runway is also one of the three in Guinea-Bissau that are paved. There is currently only one intercontinental route, flown by TAP Portugal three times a week to Lisbon, Portugal. Senegal Airlines has daily flights to Dakar, while TACV flies twice a week to Praia via Dakar. In December 2011, Royal Air Maroc began a twice weekly service from Casablanca. In September 2013, ASKY Airlines added a twice weekly service from Lome, Accra, and Monrovia.

Bissau Osvaldo Vieira airport had to be closed on June 7, 1998 due to intense fighting in and around Bissau. It was officially reopened in July 1999 when a TAP Portugal plane carrying Prime Minister Francisco Fadul, along with numerous other dignitaries from both Portugal and Guinea-Bissau, landed at Osvaldo Vieira. On December 10, 2013, TAP Portugal suspended operations to Osvaldo Vieira International Airport after the local police forces under threatened the crew of Flight TP202 destined for Lisbon and forced the crew to board 74 Syrian refugees, who have arrived in Bissau via Morocco and Turkey and who were holding falsified Turkish passports.

Details about this review
0 people like this
Africa, Airports
BissauGuinea-BissauOsvaldo Vieira

Guinea-Bissau travel guide
Be the first to comment!
Leave a reply »