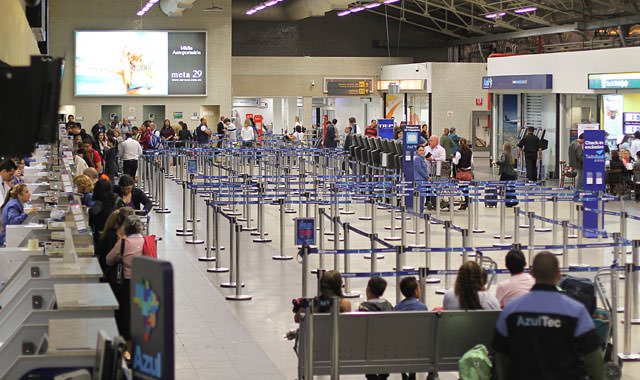 On 31 August 2009, Infraero unveiled a R$ 2,814 million (US$ 1,482.6 million; € 1,038.8 million) investment plan to up-grade Campinas Viracopos Airport focusing on the preparations for the 2014 FIFA World Cup and the Summer Olympics in 2016 which will be held in Brazil, São Paulo (99 km away) being one of the venue cities. The investment also intends to provide infra-structure to the Campinas Viracopos Airport, alleviating the air-traffic presently concentrated at São Paulo-Guarulhos International Airport. The investment will be distributed as follows: Construction of a second runway until April 2013 and Construction of phase 1 of a new passenger terminal until May 2015. The new passenger terminal of Campinas Viracopos Airport is scheduled to open in May 2014, before the 2014 FIFA World Cup.

Details about this review
0 people like this
Airports, South America
BrazilCampinasSão Paulo