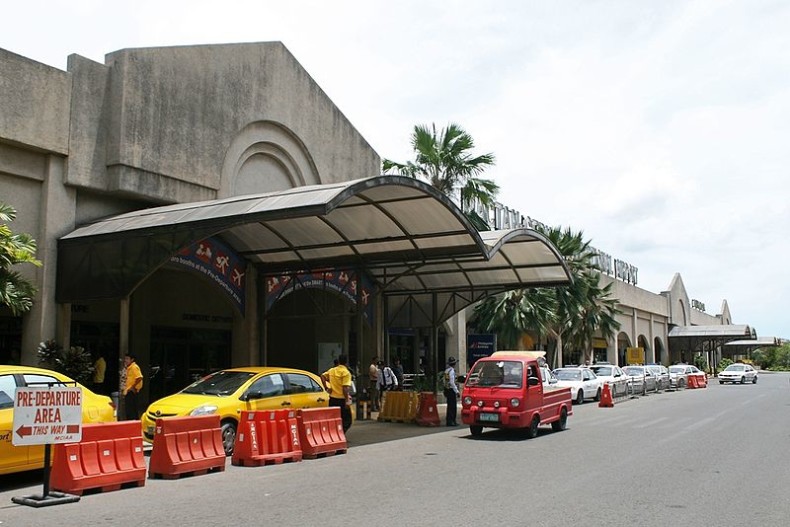 Cebu Mactan International Airport (Filipino: Paliparang Pandaigdig ng Mactan-Cebu, Cebuano: Tugpahanang Pangkalibutan sa Mactan-Sugbo) (IATA: CEB, ICAO: RPVM) located in Central Visayas region, is the second busiest airport of the Philippines and one of the top 20 airports in the ASEAN region in 2011. It is located in Lapu-Lapu City on Mactan Island, part of Metro Cebu.

The Cebu Mactan airport is managed by the Mactan-Cebu International Airport Authority. It covers an area of 797 hectares (1,970 acres). The terminal building has a capacity of handling 4.5 million passengers annually on two wings, the domestic wing and the international wing. It has a single 3,300-meter (10,800 ft) runway that was built by the United States in 1956 as an emergency airport for Strategic Air Command bombers and was known as the Mactan Air Base. The runway is complemented by a full-length taxiway that it shares with the current Mactan Air Base of the Philippine Air Force

Cebu Mactan Airport’s traffic is continually increasing and is now serving 602 commercial flights weekly from 14 passenger airlines transporting 10,223 passengers daily. About 54% of the flight operations at Mactan-Cebu International Airport are commercial carriers while the remaining 46% are military aircraft and general aviation operations. In the last 15 years, Mactan-Cebu International Airport’s passenger traffic has grown at an annual average of 21% for international passenger traffic while the domestic passenger traffic grew at an annual average of 5%. The airport is the second busiest airport of the Philippines in cargo traffic served by 5 cargo airlines. Its cargo volume in 2007 was 53,472,924 kg (117,887,620 lb). International cargo volume increased at an average growth rate of 47% annually while the domestic cargo grew 4% annually. The existing terminal houses both domestic and international operations and has an annual capacity of 4.5 million passengers.

Details about this review
0 people like this
Airports, Asia
CebuPhilippines

Tagbilaran Airport Reviews
Be the first to comment!
Leave a reply »