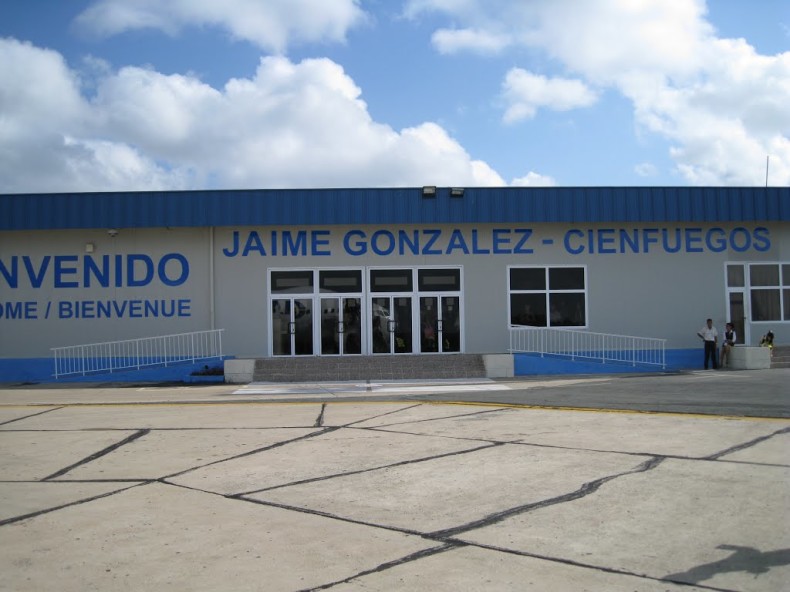 Cienfuegos Airport also known as Jaime González Airport (Spanish: Aeropuerto “Jaime González”) (IATA: CFG, ICAO: MUCF) is an international airport that serves Cienfuegos, a city on the southern coast of Cuba, and capital of the province of Cienfuegos.

The Cienfuegos Airport is at an elevation of 31 m (102 ft) above mean sea level; it has one runway designated 02/20 with an asphalt surface measuring 2,400 m × 45 m (7,874 ft × 148 ft). Cienfuegos is a city on the southern coast of Cuba, capital of Cienfuegos Province. It is located about 250 km (160 mi) from Havana, and has a population of 150,000. The city is dubbed La Perla del Sur (Pearl of the South). Cienfuegos literally translates to “One Hundred fires”. Cien meaning one hundred, and fuego(s) meaning fires.

Details about this review
0 people like this
Airports, Caribbean & Central America
CienfuegosCuba