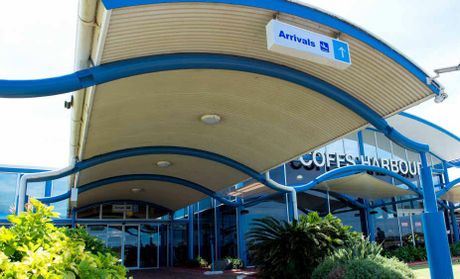 Coffs Harbour Airport: (IATA: CFS, ICAO: YCFS) (formerly ICAO code of YSCH until November 2007) is the only airport located in and serving the regional centre of Coffs Harbour, Australia.

Coffs Harbour Airport is currently serviced by three carriers, Qantas, Virgin Australia and Tiger Airways Australia, and and has the capacity to handle aircraft up to the size of a 240-seat Boeing 767. Coffs Harbour airport is located right at the doorstep of the Pacific Highway which links all of Coffs Harbour and surrounding areas to the airport.