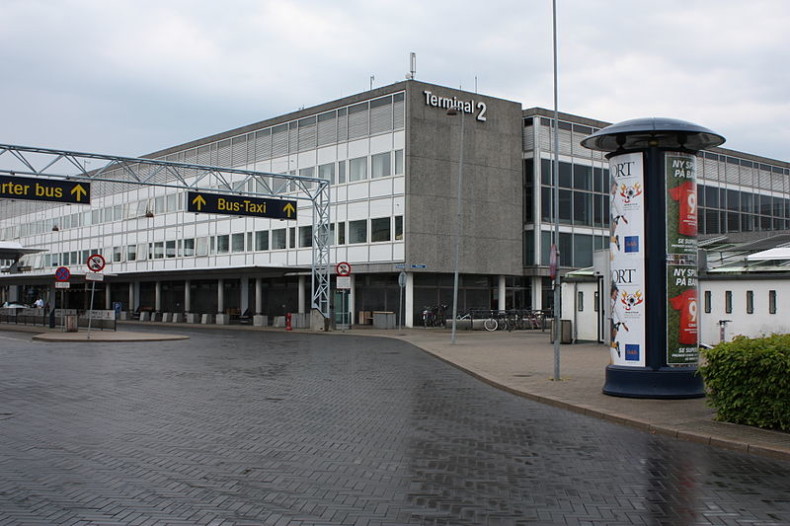 The Copenhagen Kastrup Airport is located on the island of Amager, just 8 kilometres (5.0 mi) south of Copenhagen city centre, and 24 kilometres (15 mi) west of Malmö city centre on the other side of the Øresund Bridge. The airport lies mainly in the municipality of Tårnby, with a small portion in neighboring Dragør. It is the largest airport in the Nordic countries and one of the oldest international airports in Europe.

Copenhagen Kastrup Airport is the main hub out of three used by Scandinavian Airlines and is also an operating base for Thomas Cook Airlines Scandinavia and Norwegian Air Shuttle. Copenhagen Airport handles 60 scheduled airlines and serves more than 62,000 passengers per day; 23.3 million passengers passed through the facility in 2012, making it the busiest airport in the Nordic countries, with a maximum capacity of 83 loadings/hour and with room for 108 airplanes. Unlike other Scandinavian airports, a considerable share of the airport’s passengers are international. The domestic part of the annual passengers is lower than 10%. The airport is owned by Københavns Lufthavne, which also operates Roskilde Airport. The airport employs 1700 staff (excluding shops, restaurants etc.).

ATMs / Cash Machines – info not available.
Car Rentals
Terminal 1: Avis • Europcar • Hertz
Terminal 3: Avis • Europcar • Hertz • Budget • Sixt
Food / Restaurants – At the time of this update there are no 24-hour food and beverage concessions available at the airport.
Luggage Storage / Lockers – The Left Luggage office is located in Arkaden (between Terminals 2 and 3). Rates: from DKK 50 per day per item. Baggage lockers can be found in the parking area P4.
Showers – There are no shower facilities at this airport.
Spa – The Ni’mat Spa has a saltwater pool, aroma steam bath, massages and a fish spa where Garra Rufa fish have a go at your knarley feet. Location: Hilton Hotel, connected to Terminal 3.
Internet – Free WiFi is available to members of the CPH Advantage program at the Copenhagen Airport. Membership is free. Otherwise, all other passengers will have to pay from DKK 40 (30 minutes) to DKK 80 (4 hours). Internet kiosks are located in the transit area.

Details about this review
0 people like this
Airports, Europe
Copenhagen KastrupEurope