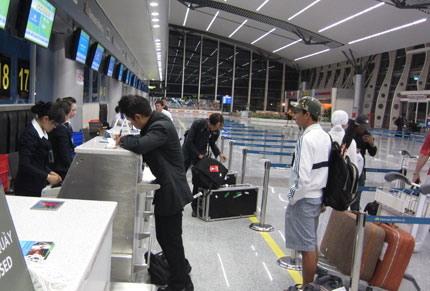 Da Nang Airport is the third international airport in the country, besides Noi Bai International Airport (Hanoi) and Tan Son Nhat International Airport (Ho Chi Minh City), and is an important gateway to access central Vietnam. In addition to its civil aviation, the runway is shared with the Vietnamese People’s Air Force (VPAF, the Không Quân Nhân Dân Việt Nam), although military activities are now extremely limited. The airport handled 3 million passengers in 2011, and it is estimated that it will serve 3.6 million passengers in 2012 and the number will reach 6 million milestone in 2016 to its full terminal capacity. An expansion of the new terminal is currently considered to increase its capacity to 10 million passengers per annum by 2020.

Details about this review
0 people like this
Airports, Asia
Da NangVietnam