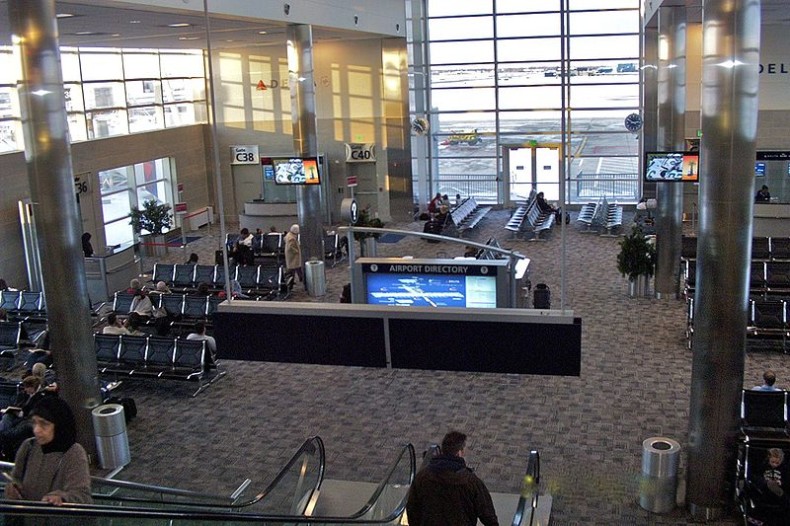 The airport serves as Delta Air Lines’ second-busiest hub. Delta, along with SkyTeam partner Air France, occupy the McNamara Terminal, which contains both domestic and international gates and serves as the airline’s primary gateway to Asia and its third-busiest gateway to Europe. The airport is a major gateway for tourism in metropolitan Detroit and is one of SkyTeam’s major Midwestern hubs.

It is the second-largest base for Spirit Airlines, which was founded in Metro Detroit and once operated its largest base at the airport. Operated by the Wayne County Airport Authority, the airport is one of the nation’s most-recently expanded and modernized airports, with six major runways, two terminals, 145 in-service gates, and an on-site Westin Hotel and conference center. McNamara Terminal’s Concourse A is the world’s second-longest airport terminal building at 1 mi (1.6 km). It is just surpassed by the 1.06 mi (1.71 km) long Kansai International Airport (Beijing Capital Airport’s Terminal 3, which opened in 2008 with a total length of 1.8 miles, is actually three separate structures linked together by underground connectors). Detroit Metropolitan Airport has maintenance facilities capable of servicing and repairing aircraft as large as the Boeing 747. The airport is seven miles from Willow Run Airport (YIP).

The Detroit Metro Airport also serves the Toledo, Ohio, area, approximately 47 miles (76 km) south of the airport, and the city of Windsor, Ontario and Southwestern Ontario in nearby Canada. The airport serves over 160 destinations[5] and was named the best large U.S. airport in customer satisfaction by J.D. Power & Associates in 2010.

ATMs / Cash Machines – In the McNanama Terminal there are ATMs located throughout the airport (in the parking garage and near the gates). In the North Terminal you can find them in the ticketing lobby, baggage claim, near the gates, and on the Pedestrian Bridge to the Parking Deck /Ground Transportation (level 4).
Car Rentals – Alamo • Avis • Budget • Dollar • Enterprise • Hertz • National • Thrifty.
Children’s Play Area: Location: Airside, McNamara Terminal near Gate 18
Currency Exchange – In the McNamara Terminal, there are foreign currency counters located in the Central Link and on the International Arrivals Level.
Food / Restaurants – At the time time of this update it was not know which (if any) of DTW’s many food and beverage concessions were open 24 hours. Vending machines are located landside and airside.
Information Desk – info not available
Luggage Storage / Lockers – not available
Showers – not available
Internet – Free WiFi is available at the Detroit Airport for an unlimited amount of time.

Details about this review
0 people like this
Airports, North America
Detroit MetroNorth America