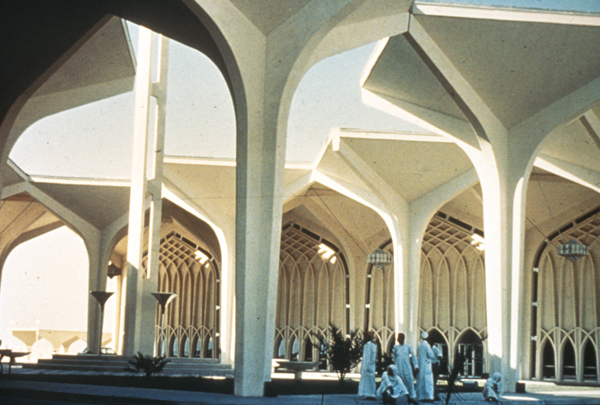 The Dhahran Airport terminal building is one of the architectural works of Minoru Yamasaki, and was completed in 1961. The architecture is a blending of traditional Islamic forms with modern technology. For example the flight control tower has the appearance of a minaret. Images of the terminal have been used on Saudi banknotes and is viewed as having influenced the design of a number of important buildings throughout the Middle East.

Dhahran International Airport has been transformed into a military airbase. I has been renamed King Abdulaziz Air Base and serves the purposes of the Royal Saudi Air Force.

Details about this review
0 people like this
Airports, Middle East
DhahranEastern ProvinceSaudi Arabia

Saudi Arabia travel guide
Be the first to comment!
Leave a reply »