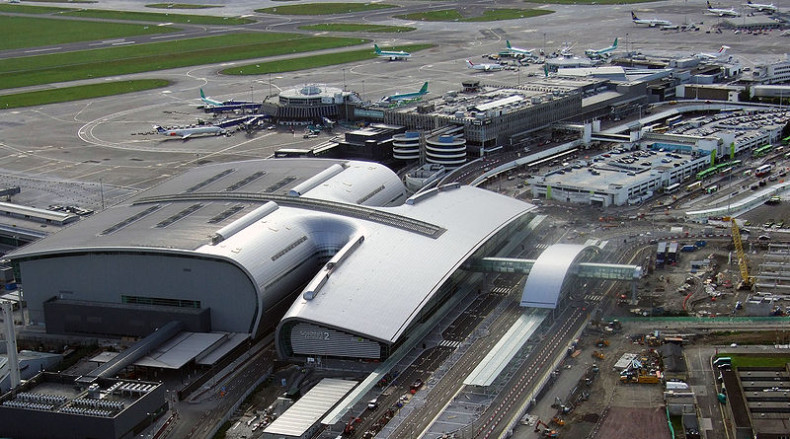 Dublin Airport is located 5.4 nmi (10.0 km; 6.2 mi) north of Dublin city near Swords, in the county of Fingal, Ireland. In 2010 19.7 million passengers passed through the airport, making it the busiest of the state’s airports by total passenger traffic. It also has the greatest traffic levels on the island of Ireland followed by Belfast International Airport.

The Dublin Airport has an extensive short and medium haul network, served by an array of carriers as well as some intercontinental routes focused in the Middle East and the US. It serves as the headquarters of Ireland’s flag carrier Aer Lingus, Ireland’s regional airline Aer Arann and also Europe’s largest low-cost carrier Ryanair together with a fourth airline, CityJet, which doesn’t maintain major operations here. United States border preclearance services are available at the airport for US-bound passengers, making Dublin one of only two European airports with this facility along with Shannon.

As of 2013 the Dublin – London route is the worlds busiest international air route, with 640 weekly flights between the two cities. Dublin is also one of only seven airports in the world to serve all six London Airports: Stansted, Luton, Gatwick, Heathrow, London City and Southend.

Details about this review
0 people like this
Airports, Europe
DublinIreland

Ireland travel guide
Be the first to comment!
Leave a reply »