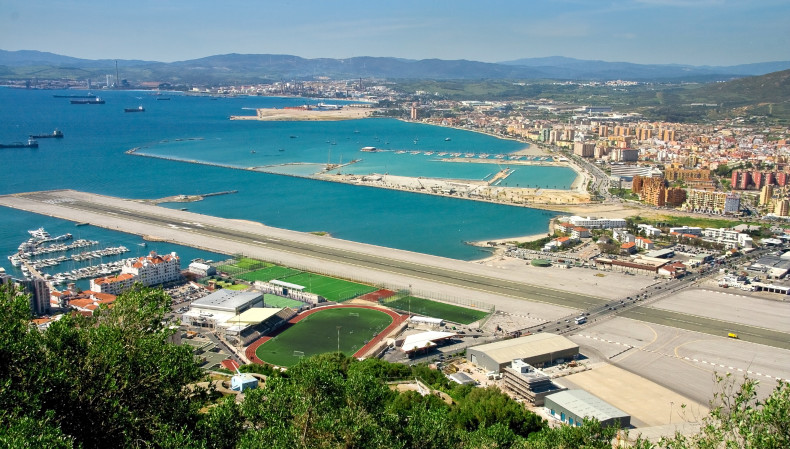 The Gibraltar Airport runway is owned by the Ministry of Defence for use by the Royal Air Force as RAF Gibraltar. Civilian operators use the airport; currently the only scheduled flights operate to the United Kingdom. Passengers depart and arrive through the civilian-operated terminal. NATS hold the contract for provision of air navigation services at the airport.

In 2004 the Gibraltar Airport handled 314,375 passengers and 380 tonnes of cargo. Winston Churchill Avenue (the main road heading towards the land border with Spain) intersects the airport runway, and consequently has to be closed every time a plane lands or departs. The History Channel programme Most Extreme Airports ranks it as the fifth most dangerous airport in the world and the most dangerous in Europe.

Although located in Gibraltar, the Gibraltar Airport is increasingly being used by people from or visiting neighbouring Spanish areas such as the Costa del Sol or the Campo de Gibraltar.

The Gibraltar Airport recently appeared on Channel 5’s series, Gibraltar: Britain in the Sun which was broadcast from June to July 2013.

ATMs / Cash Machines – info not available
Car Rentals – Avis • Autos Aguirre
Currency Exchange – info not available
Food / Restaurants – At the time of this update there were no 24-hours concessions. Food options are limited to Victoria Lounge (landside) and 36° North Restaurant & Bar (airside).
Information Desk – Location: Concourse Area, Ground Floor.
Luggage Storage / Lockers – As the agent at the Information Desk for assistance. Hours: 8:00am – 8:30pm. Rate: £2.00 – £5.00 per 24 hours.
Observation Decks – There are viewing terraces located before and after security. The entrance to the landside terrace is located to the right of the arrivals area, next to Victoria Lounge.
Showers – not available
Internet: info not available

Details about this review
0 people like this
Airports, Europe
GibraltarUnited Kingdom

Gibraltar travel guide
Be the first to comment!
Leave a reply »