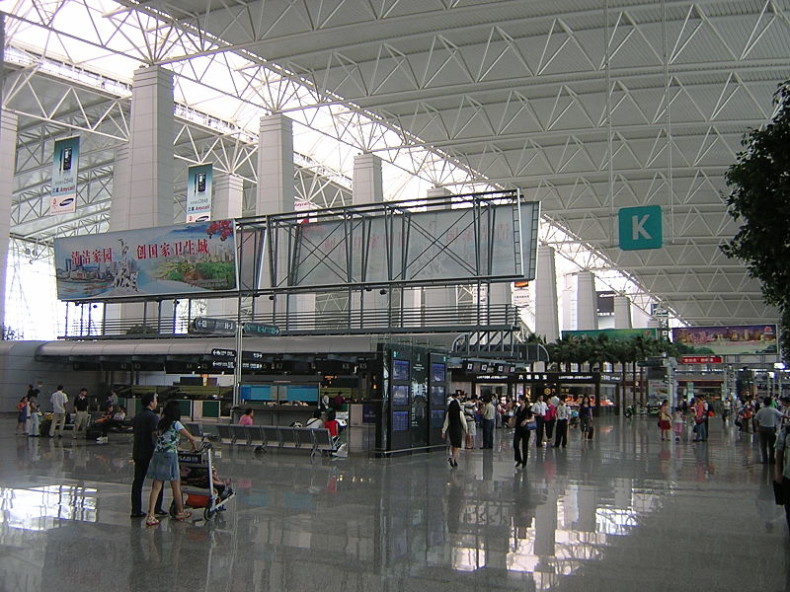 Guangzhou Baiyun International Airport (IATA: CAN, ICAO: ZGGG) is the main airport of Guangzhou, the capital of Guangdong province, China. Both airport codes were inherited from the old airport, and the IATA code reflects Guangzhou’s former romanization Canton. It is the main hub of China Southern Airlines and a focus city for Shenzhen Airlines and Hainan Airlines.

In 2012, Guangzhou Baiyun International Airport was China’s second busiest and world’s 18th busiest airport in passenger traffic, with 48,309,410 people handled. As for cargo traffic, the airport was the third busiest in China and the 21st busiest worldwide. Guangzhou airport was also the second busiest airport in China in traffic movements. The airport in Huadu District opened on August 5, 2004, replacing the 72-year-old, identically named old airport (now closed). The new airport, built at a cost of 19.8 billion yuan, is 28 kilometres (17 mi) north of downtown Guangzhou and nearly five times larger than its predecessor. “Baiyun” (白云) means “white cloud” in Chinese and refers to Baiyun Mountain (Baiyunshan) near the former airport (much closer to downtown Guangzhou than the new airport). It is also referred to as “New Baiyun” to distinguish it from the previous one, but this is not a part of the official name.

The opening of the New Guangzhou Baiyun International Airport relieved most of the controversies of the older and deteriorated airport because of the limited space, overcrowding and lack of expansions. Its opening allowed it to overcome curfews and restrictions and begin 24-hour operation. This meant that China Southern Airlines could highly use their intercontinental routes by flying overnight. Other airlines have this benefit, too.

Guangzhou Airport is served by the Airport South Station on Line 3 of the Guangzhou Metro.

Details about this review
0 people like this
Airports, Asia
CANChinaGuangzhou

Yantai Laishan Airport Reviews
Be the first to comment!
Leave a reply »