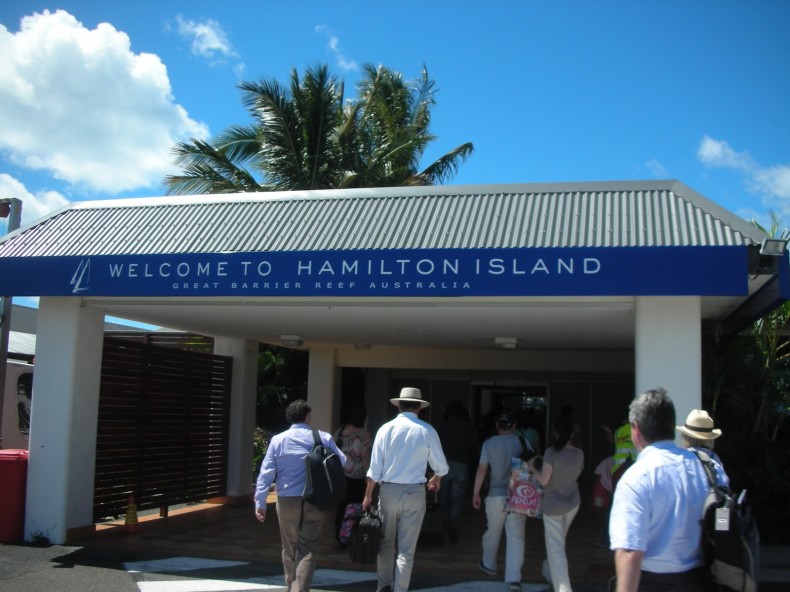 The Hamilton Island Airport is settled on mostly reclaimed land and due the island’s tourism status, is occupied mostly and favored by Australia’s leading low-cost airlines, Jetstar Airways and Virgin Australia.

Hamilton Island Airport suffered heavily in September 2001 with the demise of Ansett Australia, which operated more heavily out of the airport than any other airline with flights to Cairns, Townsville, Brisbane, the Gold Coast, Sydney, Melbourne and Adelaide.

In the year ending 30 June 2011 the Hamilton Island Airport handled 457,641 passengers making it the 19th busiest airport in Australia.