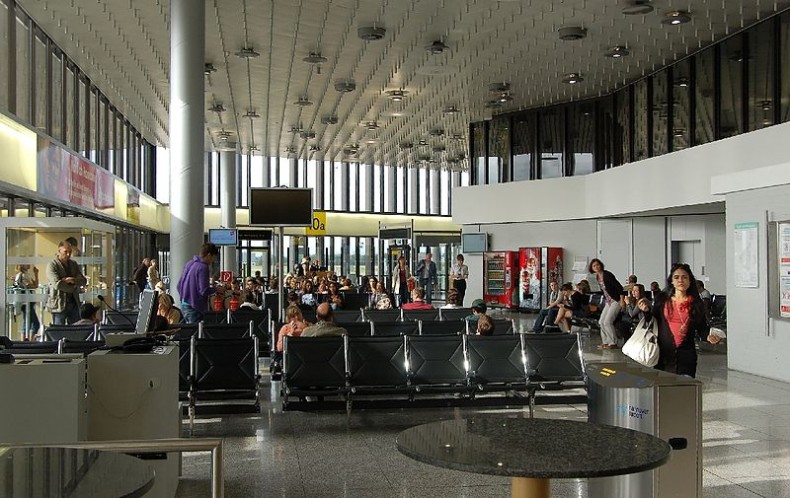 Hannover Airport (IATA: HAJ, ICAO: EDDV) is the international airport of Hanover, the capital of the German state of Lower Saxony.

The Hannover Airport is the ninth largest airport in Germany and located in Langenhagen, 11 km north of the centre of Hanover. Hannover Airport has one passenger terminal that consists of concourses A, B, and C. The landside areas with shops, restaurants, and travel agents are interconnected, but each has its separate airside area with a few more facilities. Concourses A and B each have six boarding gates equipped with jet bridges, while concourse C has eight of them. Additional bus gates are available in each concourse. The additional Terminal D to the east of the main terminal is a rebuilt hangar which is exclusively used by the Royal Air Force to supply British troops in the north of Germany. As of November 2013 concourse A is closed for refurbishment scheduled until July 2014. All passengers are handled at concourses B and C in the meantime.

Hannover Airport has its own motorway, A352, which is a shortcut between the major motorways A2 (Ruhrgebiet – Berlin) and A7 (Denmark – Austria). It is also reachable directly via the A2 (Exit Langenhagen).

Details about this review
0 people like this
Airports, Europe
GermanyHannoverLangenhagen

Dortmund Airport Reviews
Be the first to comment!
Leave a reply »