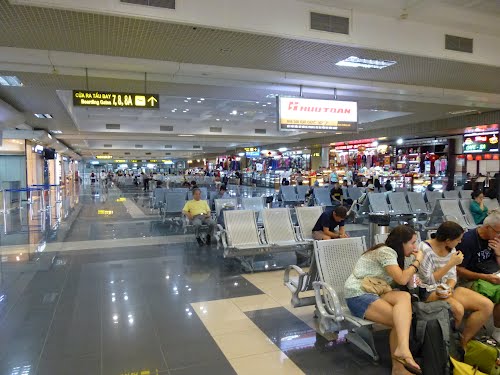 The Hanoi Airport is 28 miles (45 km) from the city centre. The travel time from the city centre is 30–45 minutes. At 650 ha, Noi Bai is the second-largest airport in Vietnam, behind the 800 ha Tan Son Nhat International Airport. A larger international terminal (T2, with a capacity of 16 million passengers per annum) is under construction as of September 2013, with completion expected by late 2014. As of December 2011, there was only one passenger terminal at Nội Bài Airport, but construction is in progress to build another (terminal 2 or T2) with designed capacity of 16 million passengers per annum. The 996m long terminal T2, designed and built by Japanese contractors, is expected to be put into operation in 2014 together with a new freeway from airport to downtown.

Details about this review
0 people like this
Airports, Asia
HanoiVietnam