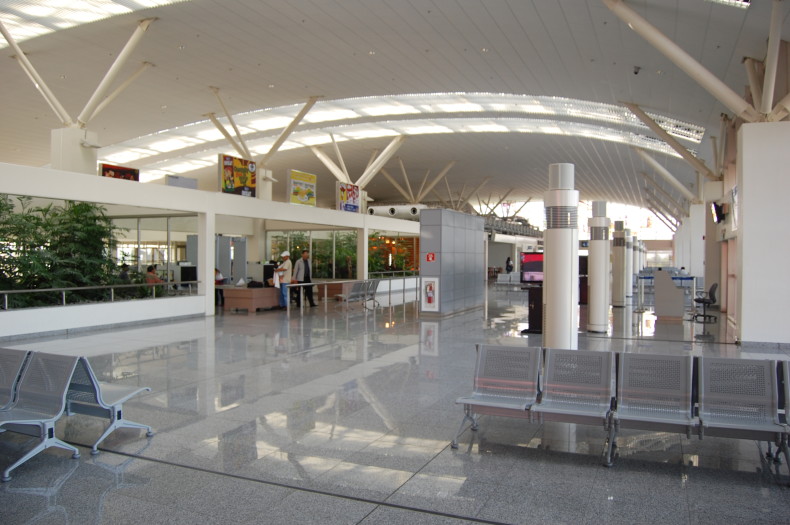 The airport serves the Province of Iloilo, including its capital city, Iloilo City, the regional center of the Western Visayas region in the Philippines. It opened its doors to commercial traffic on June 14, 2007 after a decade of planning and construction, replacing the old Iloilo Airport in Mandurriao, Iloilo City and inherited its IATA and ICAO airport codes. It is the fourth-busiest airport in the Philippines, from its predecessor. It is the first airport in both Western Visayas and the island of Panay to be built to international standards, and one of the four airports in the region planned to be an international gateway. The airport is located in Cabatuan, Iloilo, 19 kilometers (12 mi) northwest of Iloilo City on a 188-hectare (460-acre) site in Barangay Tabucan, Barangay Gaub, Barangay Duyan-Duyan and Barangay Manguna, all in Cabatuan, Iloilo. The airport can be reached using either the Barangay Tabucan and Barangay Tiring access road, or the Barangay Duyan-Duyan, Cabatuan access road.

The Iloilo Airport complex consists of a single runway, various administrative and maintenance buildings, waste-sorting and water-treatment facilities, a power-generating station, a cargo terminal, and a main passenger terminal. Its location on the Tomas Confesor Highway, a major highway transversing the island, makes the airport accessible from all parts of Iloilo and Panay by road, while its proximity to the currently defunct Panay Railways network could potentially link the airport to the rest of Panay by rail.

Iloilo International Airport is one of the largest airports to be constructed in the Philippines. At its inauguration, President Gloria Macapagal-Arroyo remarked that the airport was the most beautiful and modern in the country and called it a symbol of both political will and economic maturity.

Details about this review
0 people like this
Airports, Asia
CabatuanIloiloPhilippines