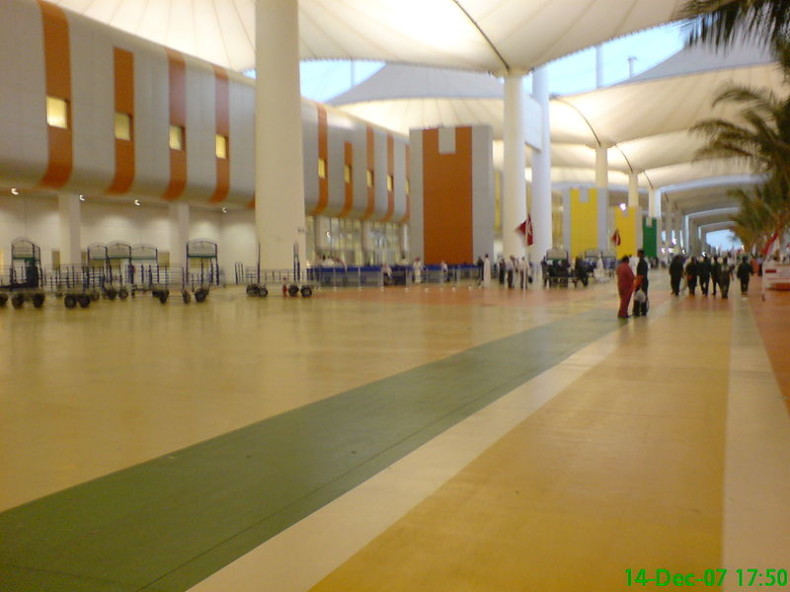 King Abdulaziz International Airport (KAIA) (Arabic: مطار الملك عبدالعزيز الدولي‎) (IATA: JED , ICAO: OEJN) is an aviation facility located 19 km to the north of Jeddah, Saudi Arabia. Named after King Abdulaziz Al Saud and inaugurated in 1981, the airport is the busiest airport of Saudi Arabia and is third largest airport in the Kingdom.

The airport occupies an area of 15 square kilometers. Beside the airport proper, this includes a royal terminal, facilities of the Royal Saudi Air Force, and housing facilities for the airport staff. Construction work on KAIA airport began in 1974, and was finalized in 1980. Finally, on 31 May 1981, the airport opened for service after being officially inaugurated in April 1981.

Jeddah-KAIA airport serves as a major hub for Saudia who originally had the exclusive use of the South Terminal. In 2007 however, the privately owned Saudi carriers Nas Air and Sama Airlines were also given permission to use it. Due to the closure of Sama Airlines, the terminal was only used by Saudia and Nas Air up until 29th May 2012, date at which Saudia Airlines joined Skyteam. Since then, Skyteam airlines are also allowed to use this terminal. Air France and Korean Air are the two airlines from Skyteam that fly directly to Jeddah at the moment.

The North Terminal at Jeddah airport is used by all other foreign airlines.

Details about this review
0 people like this
Airports, Middle East
JeddahMiddle East