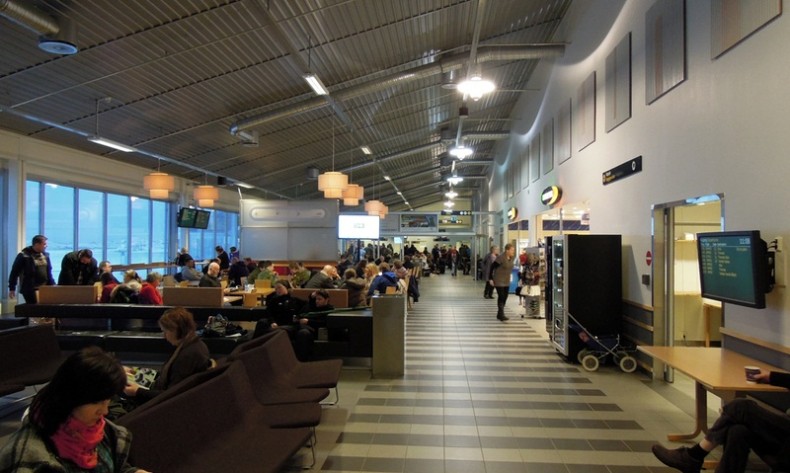 Operated by the state-owned Avinor, the airport has a single 2,115-by-45-meter (6,939 by 148 ft) asphalt runway numbered 06–24. Scandinavian Airlines and Norwegian Air Shuttle operate Boeing 737-services to Oslo Airport, Gardermoen, in part generated by Høybuktmoen’s function as a hub for Widerøe’s regional services to other airports in eastern Finnmark. There are also summer charter flights to Central Europe to bring tourists to the Hurtigruten cruises. The airport had 297,149 passengers in 2013.

Høybuktmoen was built as a military air station by the Luftwaffe during World War II. Civilian services were introduced after the war, but abandoned in 1948. The airport reopened in 1963 with a new terminal and an extended runway. Originally the airport was served by Scandinavian Airlines System and Finnair, and from the 1970s also Widerøe and Norving. Since 1990, five airlines have attempted to provide services to Murmansk, Russia. Originally the airport had two runways, 1,600 and 1,200 meters (5,200 and 3,900 ft) long, respectively, but the smaller was closed in 1996 when the longer was extended. A new terminal building was put into use in 2006. Because of the terrain the runway’s length cannot be exploited under some wind conditions, so there is a proposal to level some of the land.

Details about this review
0 people like this
Airports, Europe
HøybuktmoenKirkenesNorway

Tromsø Airport Reviews
Be the first to comment!
Leave a reply »