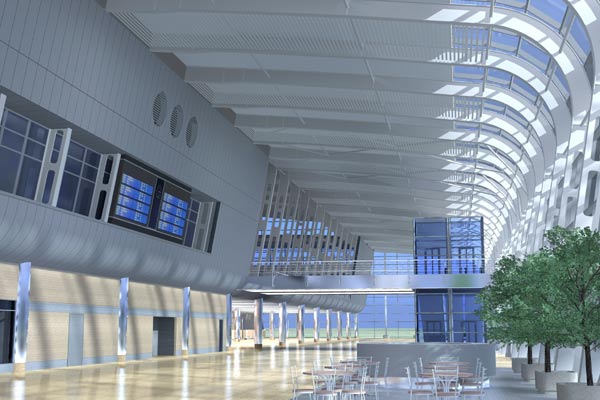 In 2010, the Lviv Airport carried 481,900 passengers. The airport is located 6 kilometres (3.7 mi) from central Lviv. Facilities at the airport include a café and shop as well as bus services to the city. The airport is named after King Daniel of Galicia.

Lviv airport’s new terminal building has an area of 34,000m² with a capacity of handling 1,000 passengers an hour. In preparation for Euro 2012, Lviv International Airport has undergone a $200m expansion project. Of the $200m, it is expected that the Ukrainian government will provide $70m, including $14m in 2008, and $130m will come from private investors. The expansion project will include a 700 metre extension of the existing runway and a new airport terminal capable of handling up to 1,220 passengers per hour (5.69 million passenger annually). The terminal has 29 check-in desks, of which nine are meant for domestic and remaining for international flights.

Details about this review
0 people like this
Airports, Europe
LvivUkraine

Ukraine travel guide
Be the first to comment!
Leave a reply »