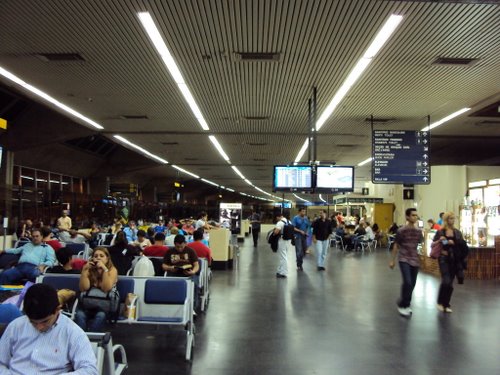 On 31 August 2009, Infraero unveiled a BRL793.5 million (USD316.1 million; EUR292.2 million) investment plan to up-grade Manaus Eduardo Gomes Airport focusing on the preparations for the 2014 FIFA World Cup which will be held in Brazil, Manaus being one of the venue cities. The investment will invested as follows: Enlargement of apron and existing runway. Construction of second runway. Value BRL600.0. Completion: July 2013. Enlargement and renovation of the passenger terminal. Value BRL193.5. Completion: December 2013

In 2012, the Manaus Eduardo Gomes Airport was ranked 3rd in terms of cargo handled in Brazil, placing it amongst the busiest airports in the country. It is operated by Infraero.

Details about this review
0 people like this
Airports, South America
AmazonasBrazilEduardo GomesManaus