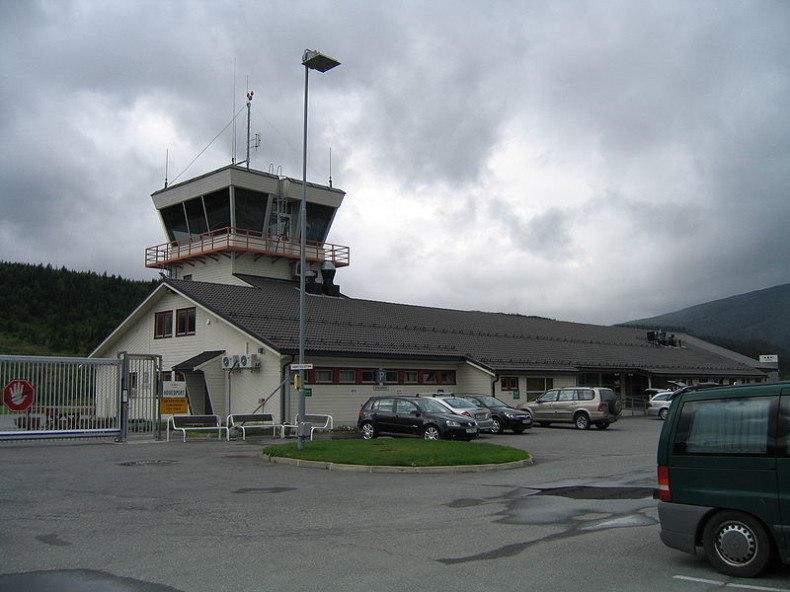 The Mosjoen Airport is served by Widerøe with Dash 8 aircraft connecting the community to Bodø and Trondheim. The routes are operated on public service obligation with the Ministry of Transport and Communications.

Mosjoen Airport was opened in 1987 as part of the last group of regional airports to be built in Norway. In 2002 the Ministry of Transport launched an idea of merging the three airports serving Northern Helgeland, Mosjøen Airport, Sandnessjøen Airport and Mo i Rana Airport into a new airport at Drevjadalen in Vefsn, 15 km north of Mosjøen (55 km from Sandnessjøen, 70 from Mo i Rana). Meteorological tests performed by Avinor showed however that the area had too much fog to serve as an airport. The idea was to build one new airport with a large enough runway to take down Airbus A320/Boeing 737 aircraft directly from Oslo, and make it unnecessary to operate subsidied regional aircraft to Helgeland. The Korgfjell Tunnel opened in 2005 created a reliable and fast road between Mosjøen and Mo i Rana. A better road to Sandnessjøen is under construction, finished 2014. As of 2007 the idea of a new airport at this location is abandoned by both Avinor and the Ministry of Transport. Instead a decision was made in 2013 to build a larger airport near Mo i Rana Airport, Røssvoll.

Mosjoen Airport is located 10 minutes out of town. There is no bus service to the airport, but taxis are available.

Details about this review
0 people like this
Airports, Europe
Mosjoen AirportMosjøenNordlandNorway

Narvik Airport Reviews
Be the first to comment!
Leave a reply »