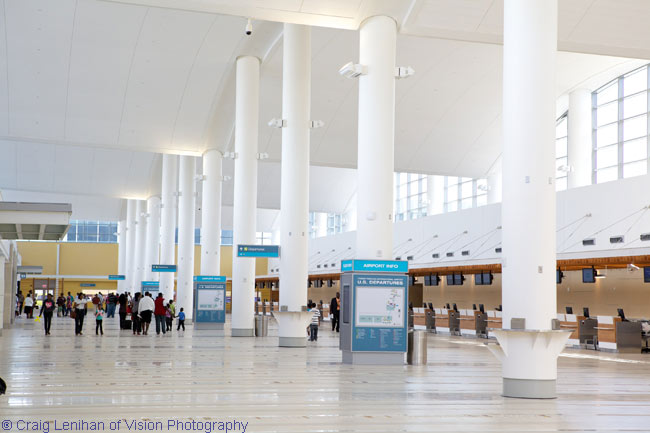 Nassau Airport is a major hub for Bahamasair and is located in western New Providence island near to the capital city of Nassau. The airport contains U.S. Border preclearance facilities allowing all US flights to operate as domestic flights upon arrival at their destination.

The name of the Nassau Airport was officially changed on July 6, 2006 in honor of The Right Honourable Sir Lynden Oscar Pindling (22 March 1930 – 25 August 2000), first Prime Minister of The Commonwealth of the Bahamas. Sir Lynden is recognised as the Father of the Nation, having led the Bahamas to Majority Rule in 1967 as well as Independence from the United Kingdom in 1973.

Details about this review
0 people like this
Airports, Caribbean & Central America
BahamasNassau

Bahamas travel guide
Be the first to comment!
Leave a reply »