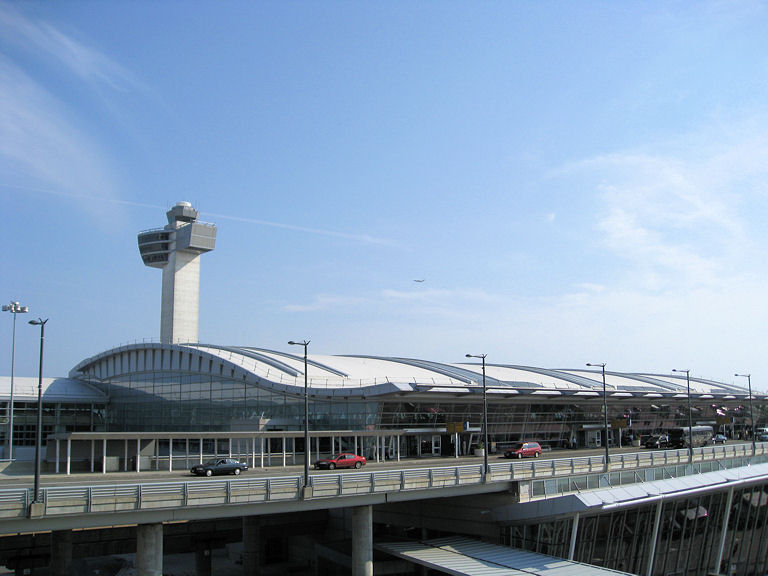 John F. Kennedy International Airport (IATA: JFK, ICAO: KJFK, FAA LID: JFK) in the borough of Queens in New York City is owned by the City of New York and operated by the Port Authority of New York and New Jersey under a long-term operating lease. It is about 12 miles (19 km) southeast of Lower Manhattan. It is the busiest international air passenger gateway in the United States, handling more international traffic than any other airport in North America.

New York City JFK Airport is also the third-leading freight gateway to the country by value of shipments. In 2012, the airport handled 49,292,733 passengers, making it the 17th busiest airport in the world and sixth busiest in the United States by passenger traffic. Together, New York City JFK Airport or JFK International, LaGuardia, and Newark International airports, all operated by the Port Authority of New York and New Jersey, are the largest airport system in the United States, second in the world in terms of passenger traffic, and first in the world by total flight operations. In the last few years it has made many improvements to terminals, roadways and inter-terminal transportation.

Dedicated as New York International Airport in 1948, the airport was more commonly known as Idlewild Airport until 1963, when it was renamed in memory of John F. Kennedy, the 35th President of the United States.

Over ninety airlines operate out of JFK. It is the base of operations for JetBlue Airways and is a major international gateway hub for American Airlines and Delta Air Lines. In the past, it has been a hub for Eastern Air Lines, Gemini Air Cargo, National Airlines, Pan American World Airways and Trans World Airlines. It is one of only two airports in North America, the other being Toronto Pearson International Airport, with scheduled direct flights to all six inhabited continents.