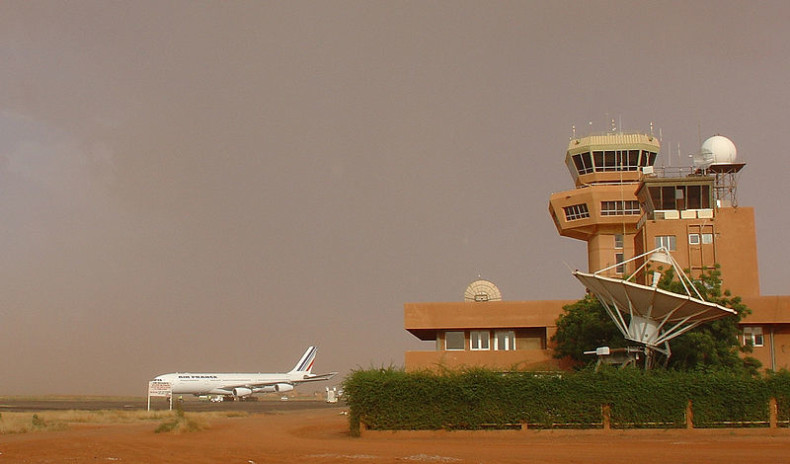 Niamey Airport also known as Diori Hamani International Airport (IATA: NIM, ICAO: DRRN) is an airport in Niamey, the capital of Niger. It is located in the south eastern suburbs of the city, along the Route Nationale 1, the major highway linking Niamey with the east of the nation. The airport complex also includes the major base for the Armed Forces of Niger’s “Armee d’Air”. In 2004, the airport served 97,814 passengers.

The Air traffic control for NIM is operated by the ASECNA, which bases one of its five air traffic zones for the continent at Niamey. The airport is named after Hamani Diori, the first President of Niger. In 2013, U.S. African Command spokesman Benjamin Benson confirmed that U.S. air operations conducted from Base Aerienne 101 at Diori Hamani International Airport, were providing “support for intelligence collection with French forces conducting operations in Mali and with other partners in the region.

In July 2013, the New York Times reported that the deployment had expanded from one Predator UAV to daily flights by a detachment of two larger MQ-9 Reaper remotely piloted aircraft, supported by 120 U.S. Air Force personnel.

Details about this review
0 people like this
Africa, Airports
NiameyNiger

Niger travel guide
Be the first to comment!
Leave a reply »