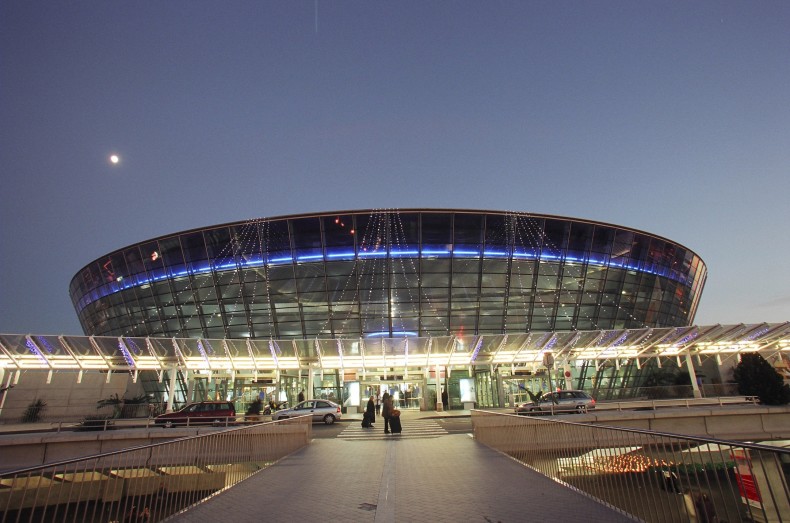 Nice Côte d Azur Airport (French: Aéroport Nice Côte d Azur) (IATA: NCE, ICAO: LFMN) is an international airport located 3.2 NM (5.9 km; 3.7 mi) southwest of Nice, in the Alpes-Maritimes départment of France. It is the third busiest airport in France and serves as a focus city for Air France and an operating base for easyJet.

The Nice Cote d Azur Airport is positioned 7 km (4 mi) west of the city centre, and is the principal port of arrival for passengers to the Côte d Azur. Due to its proximity to the Principality of Monaco, it also serves as the city-state’s airport, with helicopter service linking the principality and airport. Some airlines market Monaco as a destination via Nice Airport.

Nice Cote d Azur Airport is located on the western end of the Promenade des Anglais. Buses go between the airport and the Gare de Nice-Ville railway station. The train station Nice-Saint-Augustin is near the airport (15 minutes by foot).

ATMs – Available Landside and Airside.
Car Rentals – Avis • Europcar • Hertz • National • Sixt. Locations: Terminal 1 (Gates A1/A2) and Terminal 2 (Gates A2/A3), Arrivals Levels.
Food / Dining – At the time of this update, there were no 24-hour food or beverage concessions.
Luggage Storage / Lockers – Location: Terminal 1 – Business Aviation Zone, near Gate 0 (Hours: 8am – 8pm). Rate: 14 euros per bag per day (13 euros for a letter/message/keys etc)
Prayer Room – Locations: Terminal 1, Level 1, near the Business Center and Terminal 2, Arrivals Level, near the services Center. Hours: 6:15am – 10pm
Showers – Not available
Internet: Free WiFi is available at the Nice Côte d Azur Airport for 30 minutes. Connect to the “NiceAirport” network. After your 30 minute time limit expires, you can reconnect. Internet kiosks are available for a fee. Rates: from 2 € (15 minutes)

Airport opening hours:
Terminal 2 is closed from the last arrival to 2 hours before the first departure (approx. 1am – 4:30am). According to an insider at the airport, travelers who have an early morning flight can stay at Terminal 1. You should arrive before the doors are locked (1am – 4:30am). The automatic doors can be opened from the inside, but not from the outside.

Details about this review
0 people like this
Airports, Europe
Côte d'AzurFranceNice