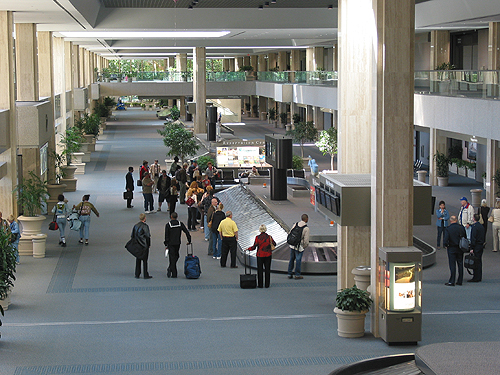 Norfolk International Airport (IATA: ORF, ICAO: KORF, FAA LID: ORF) is a public use airport located three nautical miles (6 km) northeast of the central business district of Norfolk, an independent city in the U.S. state of Virginia. It is owned by the city of Norfolk and operated by the Norfolk Airport Authority: a bureau under the municipal government. The airport serves the entire Hampton Roads metropolitan area of southeast Virginia (along with Newport News/Williamsburg International Airport in Newport News) as well as northeast North Carolina.

As of 2010, Norfolk International offered nearly 80 departures daily to major cities throughout the United States, making it the third-busiest airport in Virginia and is ranked as the country’s 66th largest airport in terms of passengers served annually. Southwest Airlines, US Airways, Delta Air Lines and American Airlines are the predominant users of the Norfolk Airport.

This Norfolk Airport is included in the National Plan of Integrated Airport Systems for 2011–2015, which categorized it as a primary commercial service airport since it has over 10,000 passenger boardings (enplanements) per year.

Details about this review
0 people like this
Airports, North America
NorfolkUnited StatesVirginia

Norwich Airport Reviews
Be the first to comment!
Leave a reply »