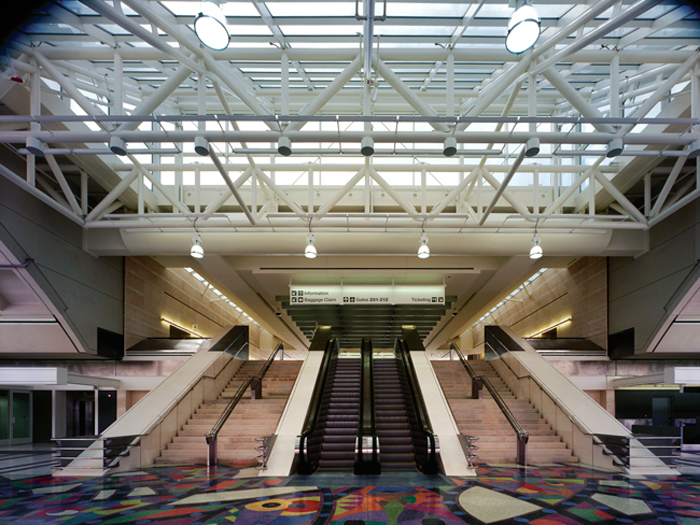 The Ontario Airport is owned and operated by the Los Angeles World Airports (LAWA), an agency of the city of Los Angeles. In 2008, 6.2 million passengers used the airport, 13.5% less than 2007. The April 2011 passenger volume was down 4.6% than the year previous. In early 2011 Southwest Airlines carried 54% of the passengers. For a number of years, the airport operated alongside Ontario Air National Guard Station, which was closed as a result of the 1995 Base Realignment and Closure Commission.

Ontario International Airport has three terminals. The terminal numbering scheme is designed to accommodate future growth. The airport’s master plan calls for five terminals to be spaced adjacent to and in between the existing Terminals 2 and 4. The “international terminal” (which is a small building designed primarily to segregate arriving international passengers to clear customs) would be razed and be part of the new Terminal 1. One terminal would be dedicated exclusively to Southwest Airlines and the other to United Airlines, while the other airlines would share the remaining terminals.