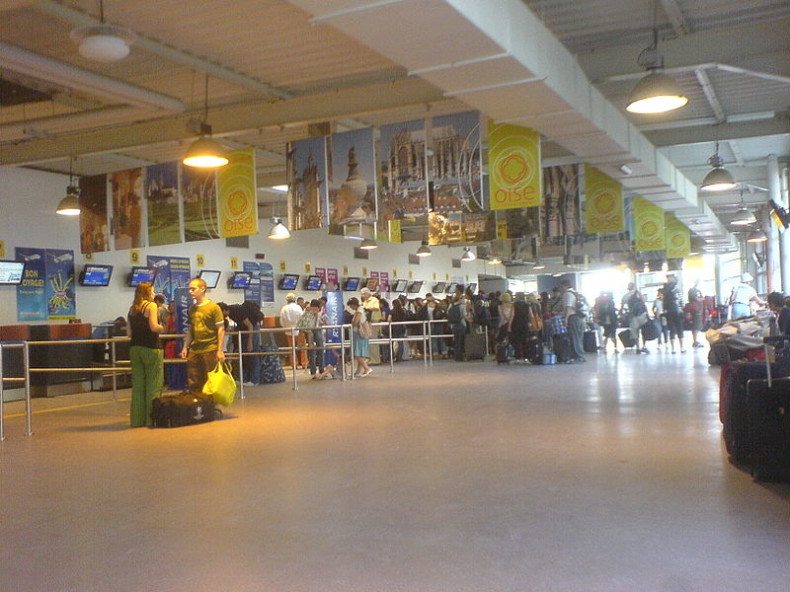 Paris Beauvais Airport also known as Beauvais–Tillé Airport or Aéroport de Beauvais-Tillé (IATA: BVA, ICAO: LFOB) is a French airport, originally the small regional airport of the city of Beauvais. It is located in Tillé, 3.5 kilometers (2.2 mi) north–northeast of Beauvais, a commune of the Oise department in the Picardy region of France. The airport has two terminals, several restaurants & snack bars, and shopping areas, both airside and in the publicly accessible area. The airport handled 3,862,562 million passengers in 2012.

Despite its official name being Aéroport de Beauvais-Tillé and the airport being 85 km (46 NM) north of Paris (three times farther than Paris–Charles de Gaulle Airport), low-cost airlines serving the airport advertise it as Paris–Beauvais.

The Paris Beauvais Airport is equipped to handle medium-sized passenger jets. Since 2007 the ban on night flying has been strictly enforced for the benefit of local residents. The terminal building closes between the hours of 23:30 and 06:30.

Paris Beauvais Airport is serviced by a shuttle to the city center and railway station that operates eight times a day; many passengers use a private scheduled coach for a 75-minute trip to Paris, ending beside the Palais des Congrès at Porte Maillot, located in the 17th arrondissement, approximately a kilometer west of the Arc de Triomphe.

Airport opening hours:
The terminal is open 6:30am-11:30pm. Sleeping inside the terminal overnight is not possible.

Details about this review
0 people like this
Airports, Europe
EuropeFranceParis BeauvaisPicardy