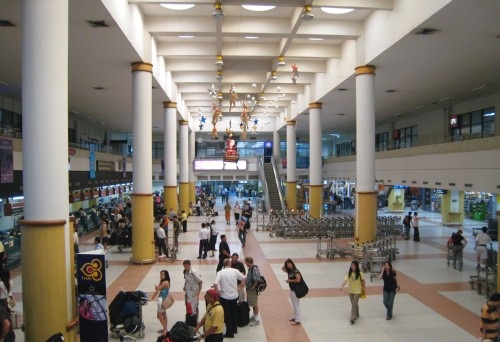 Phuket Airport is located in the north of Phuket Island, 32 kilometres (17 nautical miles) from the centre of Phuket City. The airport plays a major role in Thailand’s tourism industry, as Phuket Island is a popular resort destination. It is the second busiest airport in Thailand in terms of passengers, after Suvarnabhumi Airport in the Bangkok metropolitan area. This International airport saw a record 9.5 million arrivals and departures in 2012, up 13 per cent from 2011. The Phuket Airport resides at an elevation of 82 feet (25 m) above mean sea level. It has one runway designated 09/27 with an asphalt surface measuring 3,000 by 45 metres (9,843 ft × 148 ft). Due to record-setting passenger numbers, Phuket Airport is currently undergoing a THB 5.8 billion (approx. USD $188 million) expansion and renovation which will last until 2015.

THe Phuket Airport is one of the most favorite tourist destinations in the region. International passengers mainly came from Asia Pacific and Europe, in 2012 it ranked second busiest by total passenger traffic, after Suvarnabhumi Airport in the Bangkok metropolitan area.

Details about this review
0 people like this
Airports, Asia
Phuketthailand

Udon Thani Airport Reviews
Be the first to comment!
Leave a reply »