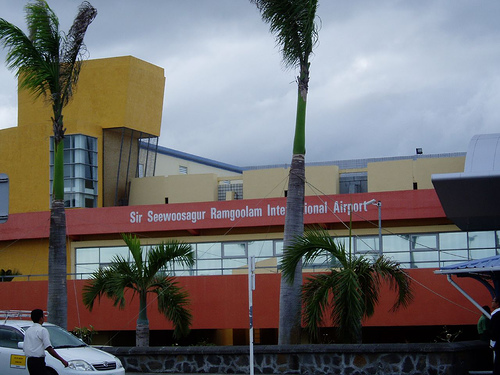 Sir Seewoosagur Ramgoolam International Airport (IATA: MRU, ICAO: FIMP), SSR Airport, is the main international airport in Mauritius. It is located 26 nautical miles (48 km) southeast of the capital city of Port Louis. The airport was previously known as the Plaisance Airport, it was renamed in memory of Sir Seewoosagur Ramgoolam. The airport, set to become a regional hub, has direct flights to several destinations in Africa, Asia, Europe and is home to the country’s national airline Air Mauritius. Airports of Mauritius Co. Ltd (AML) is the owner and operator of the airport, the Government of Mauritius is the major shareholder of AML.

Airport Terminal Operations Ltd (ATOL) is responsible for the design, building and operation of the new terminal building. The structure of the New Airport Terminal is designed after the “Traveller’s palm”, a tropical plant that grows on Mauritius. It is connected to the existing terminal and has a capacity of 4 million passengers. The terminal, which cost US$300 million, is in line with the “Maurice Ile Durable” concept. Environmental and ecological aspects taken into consideration include using solar energy collected by photovoltaic cells, recovering rain water, integrating nature to the heart of the building, and including thermo-insulated facades to reduce heat.

The terminal covers an area of 57,000 square meters and is equipped five boarding gates with aerobridges, including one compatible with the Airbus A380, check-in desks for departing passengers, immigration counters, and baggage carousels

Details about this review
0 people like this
Africa, Airports
MauritiusPlaine Magnien

Air Mauritius Reviews
Be the first to comment!
Leave a reply »