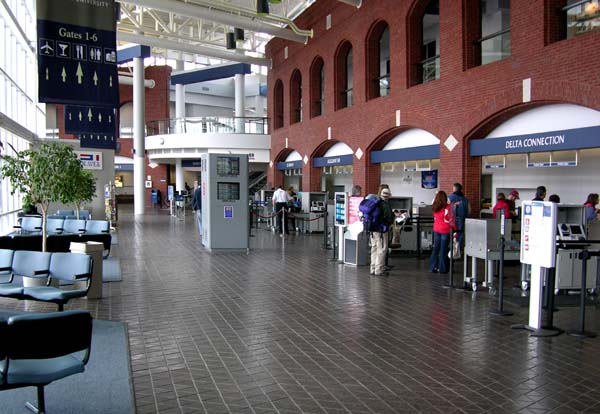 With a history stretching to the time following World War I, Roanoke Regional Airport has evolved from a pair of dirt runways and a single hangar to a fully equipped, modern airport serving multiple commercial airlines. Today the airport features a terminal building completed in 1989, a pair of asphalt runways, and a control tower completed in 2005 that serves the residents of the greater Roanoke Valley.

Roanoke Regional Airport saw 685,000 passengers in 2007, with 71 percent on-time departures and 68 percent on-time arrivals. The top carriers into Roanoke for 2007 were Piedmont Airlines with 25.96 percent, Atlantic Southeast Airlines with 13.87 percent and Trans States Airlines with 12.98 percent of all passengers. The top destinations from Roanoke for 2007 included Charlotte with 24.2 percent, Atlanta with 18.7 percent and Chicago with 14 percent of all travelers. As of February 2008, 1,379 daily seats were available for passengers traveling from Roanoke.

The Roanoke Regional Airport has two runways and over 60 scheduled flights each day.

Airport opening hours:
Open 4am – 1am

Providence Green Airport Reviews
Be the first to comment!
Leave a reply »