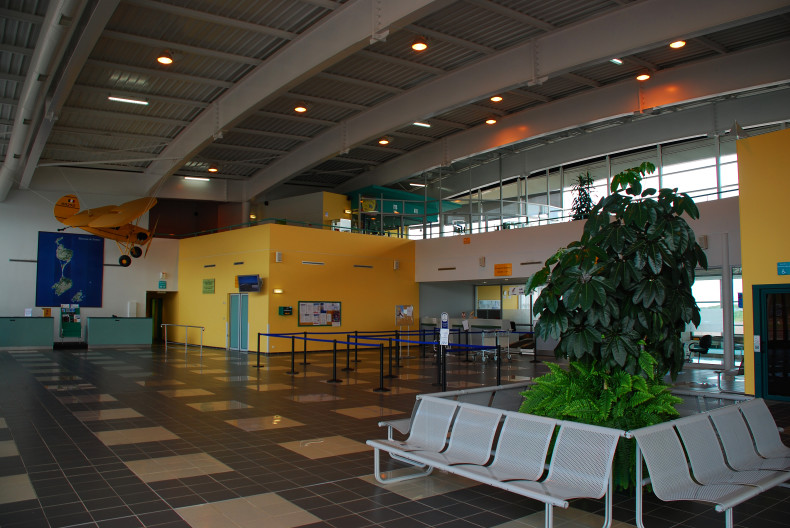 The Saint Pierre and Miquelon Airport was completed in August 1999 and consists of four buildings and a control tower. The old airport, opened in 1965 and located on the south side of the inner harbour, was re-located due to the lack of room for expansion (The current runway is 1,800 m (5,906 ft) when compared to the old 10/29 at 1,250 m (4,101 ft)). The main terminal building is a two floor structure. The old airport is located in city center St. Pierre and is being redeveloped for housing complexes. The control tower, terminal building, hangar and part of the old runway (mark number 29) are intact. The airport project cost 370 million French francs.

Saint Pierre and Miquelon Airport currently handles turboprop aircraft, but it can handle small jets up to a Boeing 737 or an Airbus A319/Airbus A320. All other aircraft at the airport are private aircraft for general aviation.

Details about this review
0 people like this
Airports, Europe
EuropeFranceMiquelonSaint Pierre