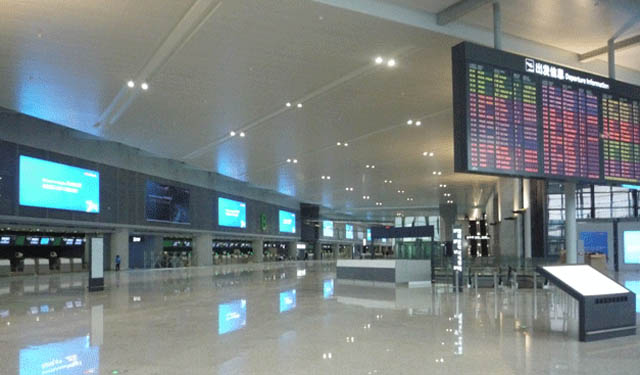 Shanghai Hongqiao Airport is located near the town of Hongqiao in Changning District, 13 kilometers (8.1 mi) west of downtown, and is closer to the city center than Pudong Airport, Shanghai’s main international airport.
Aerial view of the airport. The Shanghai Hongqiao Airport is a hub for China Eastern Airlines, Shanghai Airlines, Juneyao Airlines and Spring Airlines. In 2010, Hongqiao Airport handled 31,298,812 passengers, a growth of 24.8% over 2009, making it the 4th busiest airport in mainland China and the 41st busiest in the world. The airport was also mainland China’s 5th busiest airport in terms of cargo traffic and the 7th busiest by traffic movements. By the end of 2011 Hongqiao Airport hosted 22 airlines serving 82 scheduled passenger destinations.

Details about this review
0 people like this
Airports, Asia
ChangningChangning DistrictChinaHongqiaoSHAShanghai

Jinghong Xishuangbanna Gasa Airport Reviews
Be the first to comment!
Leave a reply »