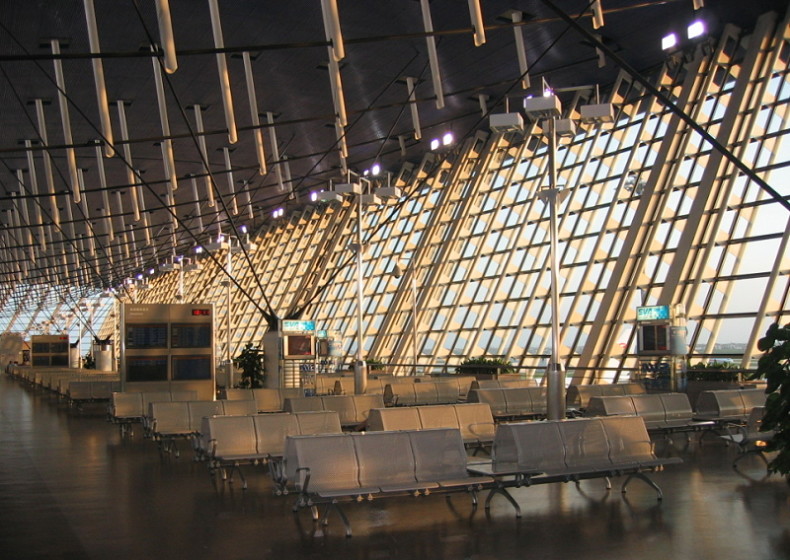 Shanghai Pudong Airport has two main passenger terminals, flanked on both sides by three parallel runways. A third passenger terminal is planned for 2015, in addition to a satellite terminal and two additional runways, raising its annual capacity from 60 million passengers to 80 million, along with the ability to handle six million tonnes of freight. The airport is the main hub for China Eastern Airlines and Shanghai Airlines, and a major international hub for Air China. It is also the hub for privately owned Juneyao Airlines and Spring Airlines, and an Asian-Pacific cargo hub for UPS and DHL. The DHL hub, opened in July 2012, is said to be the biggest express hub in Asia.

Shanghai Pudong is the busiest international hub of mainland China, ranking 22nd globally in terms of international traffic. About half of its total passenger traffic is international.

Shanghai Pudong Airport is connected to the city’s urban rail network through Metro Line 2 and the Shanghai Maglev Train. The airport is open 24 hours a day.

Details about this review
0 people like this
Airports, Asia
ChinaPudongPVGShanghai

Yantai Laishan Airport Reviews
Be the first to comment!
Leave a reply »