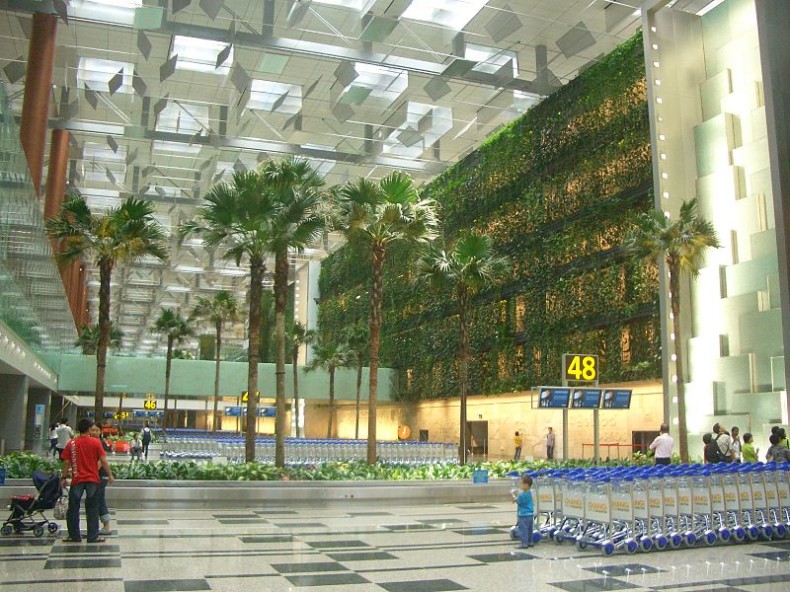 Singapore Changi Airport (IATA: SIN, ICAO: WSSS), Changi International Airport, or simply Changi Airport, is the main airport in Singapore. A major aviation hub in Southeast Asia, it is about 17.2 km (10.7 mi) north-east from the commercial centre in Changi, on a 13 square kilometres (3,200 acres) site.

The airport, operated by the Changi Airport Group, is the home base of Singapore Airlines, Singapore Airlines Cargo, SilkAir, Scoot, Tigerair, Jetstar Asia Airways, and Valuair. As of May 2013, Changi Airport serves more than 100 airlines operating 6,400 weekly flights connecting Singapore to over 250 cities in about 60 countries and territories worldwide. Until 30 March 2013, the airport served as a secondary hub for Qantas, which used Singapore as the main stopover point for flights on the Kangaroo Route between Australia and Europe. Qantas was the largest foreign airline to operate from the airport, with over two million passengers annually. An important contributor to the economy of Singapore, more than 28,000 people are employed at the airport, which accounts for over S$4.5 billion in output.

Changi Airport has three passenger terminals with a total annual handling capacity of 66 million passengers. Terminal 1 opened in 1981, followed by Terminal 2 in 1990 and Terminal 3 in 2008. The Budget Terminal, opened on 26 March 2006 and closed on 25 September 2012, will make way for Terminal 4 which will be ready by 2017.

The airport has won over 430 awards since 1981, including 30 ‘Best’ awards in 2012. Changi Airport’s efforts to counter the onset of age include periodic physical upgrades to its existing terminals and building new facilities.

Details about this review
0 people like this
Airports, Asia
AsiaChangiSINSingaporeSingapore Changi

Tokyo Narita Airport Reviews
Be the first to comment!
Leave a reply »