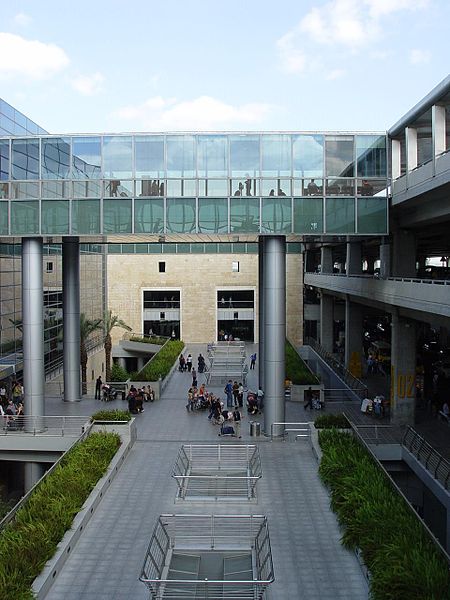 Ben Gurion Airport (IATA: TLV, ICAO: LLBG), also referred to by its Hebrew acronym Natbag (Hebrew: נתב”ג‎), is Israel’s main international airport, handling over 13.1 million passengers in 2012. It is one of two airports serving the Tel Aviv Metropolitan Area, the other being Sde Dov Airport, which provides primarily domestic flights. Ben Gurion International Airport serves as an international gateway to not only the Tel Aviv and Jerusalem metropolitan areas but to the majority of Israel. The airport serves as a hub for El Al, Israir Airlines, and Arkia Israel Airlines.

Ben Gurion airport is located near the suburb of Lod, 19 km (12 mi) from Tel Aviv’s city centre, in the southeast outskirts of Tel Aviv.Ben Gurion Airport is operated by the Israel Airports Authority, a government-owned corporation that manages all public airports and border crossings in Israel.

Ben Gurion airport is considered one of the world’s most secure airports, with a security force that includes Israel Police officers, IDF and Israel Border Police soldiers. Airport security guards operate both in uniform and undercover to maintain a high level of vigilance and detect any possible threats. The airport has been the target of several terrorist attacks, but no attempt to hijack a plane departing from Ben Gurion airport has succeeded.