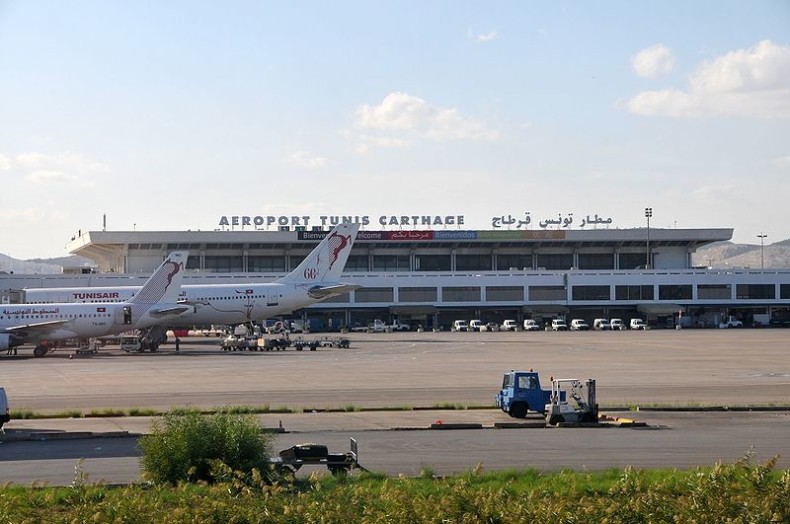 The airport is named for the historic city of Carthage, located just east of the airport. It is the base of operations for four airlines: Tunisair, Nouvelair Tunisia, Tunisair Express and Tunisavia.

All ground handling is provided by Tunisair Handling, a 100% subsidiary of Tunisair, and security services are provided by the Police and the Customs.

The airline started operations with Douglas DC-3 from Tunis-Carthage Airport to Marseille, Ajaccio, Bastia, Algiers, Rome, Sfax, Djerba, Tripoli. Several other French airlines serve the airport: Aigle Azur with stop in Tunis on the route Paris-Brazzaville, TAI (Intercontinental Air Transport) with stop in Tunis on the route Paris-Saigon. The passenger traffic is in constant progress, amounted in 1951 to 56,400 – 33,400 passengers carried by Air France. In 1997 the airport terminal is expanded to 57,448 m2. The terminal, consisting of two floors (departure and arrival) and has a capacity of 4,400,000 passengers per year. In 2005 the terminal is expanded with 5,500 m2 and has a capacity for 500,000 passengers more. On 23, September 2006 is opened a new terminal for charter flights.

The airport is served by bus, taxi, but not by railway (the L’Aéroport station on the TGM suburban rail line does not actually serve it, being several miles away).

Details about this review
0 people like this
Africa, Airports
africatunistunisia

Algiers Airport Reviews
Be the first to comment!
Leave a reply »