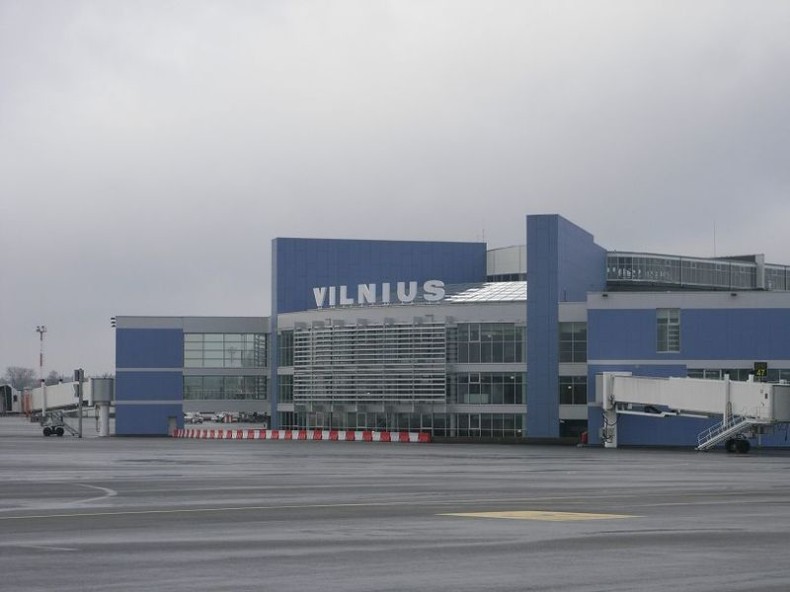 Vilnius Airport (IATA: VNO, ICAO: EYVI) (Lithuanian: Vilniaus oro uostas) is the international airport of Vilnius, the capital of Lithuania. It is located 5.9 km (3.7 mi) south of the city. It is the largest of the four commercial airports in Lithuania by passenger traffic.

The Vilnius Airport is notable for its 1950s arrivals terminal building. It is a standard Soviet airport terminal design, originally intended for an airport with up to 20 aircraft movements per day. On the outside, it is decorated with sculptures of soldiers, workers and aviators, while inside walls and ceilings feature wreaths, bay leaves and stars, and until early 1990s, the Soviet hammer and sickle, typical decor for Soviet public buildings of early post-war years.

Vilnius Airport direct train services between Vilnius Airport Railway Station (referred to as “Oro uostas” in the schedules) and the central station of Vilnius were started in October 2008. Buses connect the airport with Vilnius Central Station, city center and northern areas of the city.

ATMs / Cash Machines: Available in the Arrivals area.
Car Rentals: Avis • Budget • Europcar • Hertz • Sixt • and others. The car rental counters are located on the Arrivals level.
Currency Exchange – Medicinos Bank has two locations landside: A Arrival Hall and Main Departure Hall.
Food / Restaurants – At the time of this update, it is not known if there are any 24-hour food and beverage concessions available.
Luggage Storage / Lockers:Location: Smart Storage, Departure Hall, near counters 25-30. Hours: open 24 hours.
Showers: Not available
Internet: Free WiFi is available at the Vilnius Airport for six hours. Registration is required. You must repeat the registration every two hours to a maximum of 3 times.

Details about this review
0 people like this
Airports, Europe
BalticEuropeLithuaniaVilnius

Riga Airport Reviews
Be the first to comment!
Leave a reply »