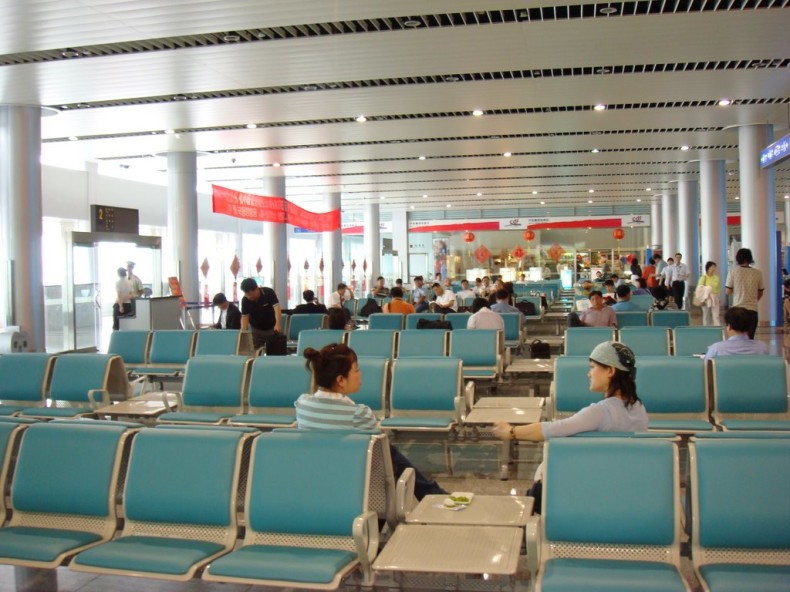 Yantai Laishan International Airport (IATA: YNT, ICAO: ZSYT) is a dual-use military and civilian airport serving the city of Yantai in Shandong Province, China. Yantai is a prefecture-level city in northeastern Shandong province, People’s Republic of China. Located on the southern coast of the Bohai Sea and the eastern coast of the Laizhou Bay, Yantai borders the cities of Qingdao and Weihai to the southwest and east respectively.

The Yantai Laishan Airport is about 15 kilometers (9.3 mi) from Yantai and began operations in October 1984. Covering over 45.79 acres (185,300 m2), the airport now has opened around 20 domestic air routes, with international routes available to Busan, Seoul, Osaka, and Hong Kong. The new Yantai Chaoshui International Airport is now under construction near the town of Chaoshui in Penglai City, and is expected to open in 2014. When completed it will replace Laishan as Yantai’s main airport.

The Yantai Laishan International Airport provides scheduled flights to major airports in China as well as Seoul, Osaka and Hong Kong. The other airport, that will replace Laishan in 2014, is Yantai Chaoshui.

Details about this review
0 people like this
Airports, Asia
ChinaLaishanShandongYantai

Jinghong Xishuangbanna Gasa Airport Reviews
Be the first to comment!
Leave a reply »