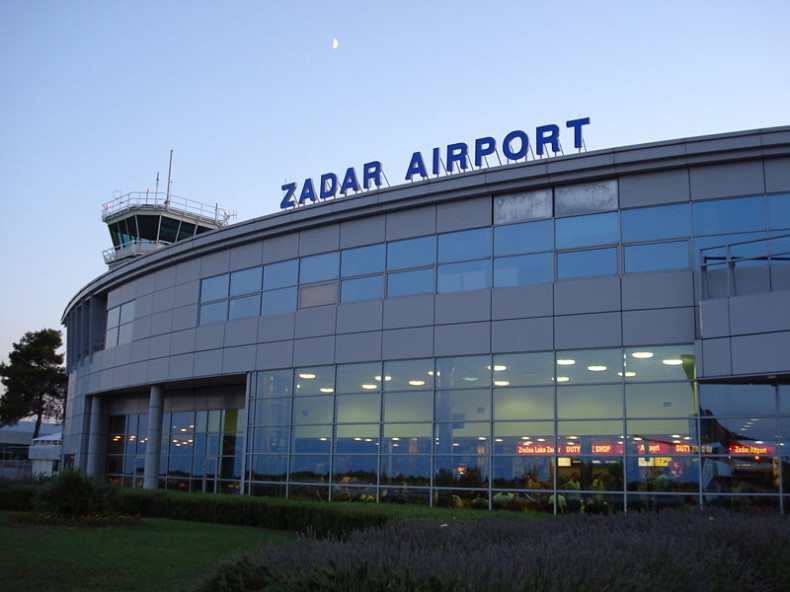 The Zadar Airport served as a former base for Lufthansa’s flight school InterCockpit and it still serves as a Croatian Air Force main training base. Zadar Airport was one of the few airports in the world where the taxiway crossed a public road. The road was closed on 7 April 2010 due to the terms negotiated with the European Union during Croatian accession negotiations.

From the beginning of April 2013 Zadar Airport became a Ryanair base with a stationed Boeing 737-800 and serves 16 European destinations in Germany, Ireland, UK, France, Belgium, Denmark, Sweden and Norway.

ATM / Cash Machine – There is an ATM located to the right of the check-in counters.
Car Rentals – Avia • Fleet • Hertz • Lulic • Oryx • Petak • Sixt • Uniline • UniRent. The Car rental counters are located in a separate building outside the terminal.
Currency Exchange – Location: International Arrivals Area. Hours: 630am – 1030pm
Food / Restaurants – At the time of this update it is not known if there are any 24-hour food concessions.
»Landside: Caffe Bar and Restaurant
»Airside: Caffe Bar
Information Desk – Location: to the left of the check-in counters.
Internet: WiFi is available at the Zadar airport for a fee. Prepaid vouchers can be purchased at the cafe bars inside the airport. At the time of this update, rates were 30 minutes (20,00HK), 1 hour (30,00HK), 3 hours (40,00HK).

Airport opening hours:
6am – 10pm. According to the web site it says the airport is open 24 hours “on request”.

Details about this review
0 people like this
Airports, Europe
CroatiaZadarZemunik Donji